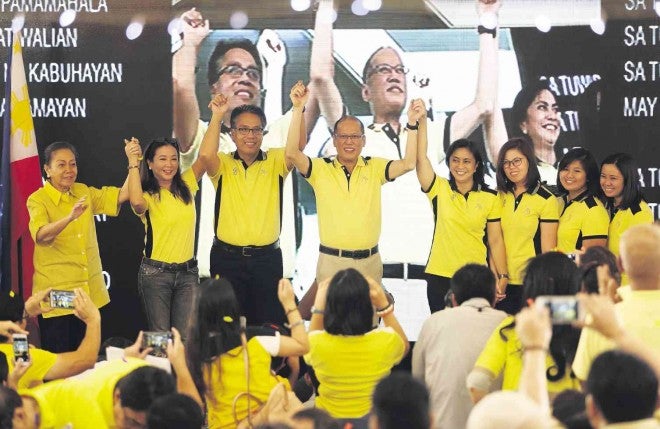 Liberal Party (LP) candidates don’t want to win the elections by attacking their opponents, the party reiterated after senatorial candidate Richard Gordon accused some LP members of asking him to file a case disqualifying Senator Grace Poe in the presidential race.

“Winning through a smear campaign will make governance difficult. We don’t want that,” said LP spokesperson and Marikina Rep. Miro Quimbo in a statement on Tuesday.

Quimbo stressed that the primary reason why LP had the most candidates who won senate seats in 2013 is because they refrained from a “personality-based” campaign.

“Both the President and former Secretary Mar Roxas have given the Liberal Party clear marching instructions on how the campaign should be waged. We have always campaigned on ‘Daang Matuwid’ and that we are focused on issues and our platform, not on personalities. That is how we practically swept the 2013 Senatorial elections, by entirely avoiding a personality based campaign,” he said.

“The LP has not and will not authorize any person from engaging in a smear campaign.”

Poe will be up against LP standard-bearer Mar Roxas in the 2016 presidential elections. Before choosing LP vice presidential bet Leni Robredo, Roxas had wooed Poe to become his running mate but the latter decided to challenge Roxas in the race.

“What [the party members] have learned from President Aquino’s experience is that a president can make decisions, however difficult and unpopular they may be, as long as you have a clear and unquestionable mandate,” he added.

Gordon, in a television interview on Tuesday, revealed that some LP and United Nationalist Alliance (UNA) members and his University of the Philippines schoolmates approached him to file a disqualification case against Poe.

But Gordon said he rejected the offer because he wanted a clean and honest election.

Gordon will run for senator under UNA. He is also a guest candidate in Poe’s slate.

“I was approached by members of UNA, some members of the Liberal Party, some of my schoolmates in UP, some of my friends… In fairness to them, there is a case but leave it be. It can be decided by the Supreme Court either way. It can decide vox populi suprema lex – the people have spoken and therefore that is the fundamental law,” said Gordon in the interview.

“I’m not interested in getting it from the backdoor. I want to make sure the people realize that if they’re going to get a country, if they will have real leaders, they have to have honest-to-goodness, clean and fair election. You don’t have that right now. The field is not level,” he added.

Poe is currently facing disqualification cases before the Commission on Elections and the Senate Electoral Tribunal over her citizenship and residency issue.