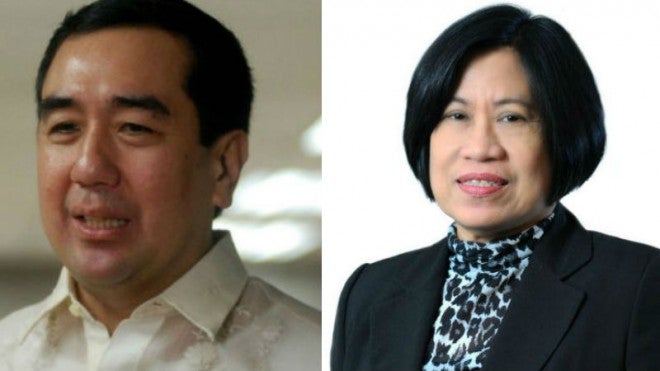 THE COMMISSION on Elections (Comelec) on Monday forged a first-of-its-kind deal with the Securities and Exchange Commission (SEC) to expose corporations engaging in partisan political activities and to stem illegal campaign contributions in the 2016 elections.

In simple ceremonies, the SEC and the Comelec—represented by their respective chairs Teresita Herbosa and Andres Bautista—signed a memorandum of agreement (MOA) at Palacio del Gobernador in Intramuros, Manila.

The agencies committed to be information-sharing partners and to develop policy ensuring the effective implementation of election laws in relation to the enforcement of the Corporation Code of the Philippines.

Bautista said the signing of the deal was a milestone event in the Comelec’s continued campaign to ensure a clean, honest and credible balloting next year.

“This agreement is the first of its kind between the Comelec and the SEC. It will improve the way we share information between the two agencies and allow both [agencies] to perform their respective functions more efficiently,” Bautista said.

Herbosa said the mutual information-sharing with the election body would prompt the SEC to go after corporations violating the Corporation Code.

“How will we go about that? Precisely, we have this MOA. We can request from the Comelec any document that a candidate may have filed that would give or show a list of his donors or contributors,” she said.

“Under the Corporation Code, corporations are prohibited from engaging in partisan politics. They cannot donate to fund the campaign of any candidate. The SEC can investigate and impose sanctions in this regard,” Herbosa said in a text message.

“On the other hand, the Comelec has jurisdiction under the Omnibus Election Code over particular activities and persons/entities making political contributions. The SEC and the Comelec will exchange information to enable them to initiate proceedings against violators of either law,” she said.

The MOA binds the Comelec to furnish the SEC with information on the following:

Names of corporations or other SEC-registered entities engaged in partisan political activity by contributing or donating to candidates and parties, as disclosed in the campaign finance submissions of candidates and parties, and in advertising contracts furnished the Comelec by mass media entities. The names are to be submitted within 30 days from Comelec’s receipt of the disclosure reports.

Names of corporations or other SEC-registered entities that have filed petitions in the Comelec to register as a political party or as a party-list organization, and other information the SEC requires to enable it to fulfill its mandate.

The SEC, for its part, committed itself to provide the Comelec with the list of names of corporations or other SEC-registered entities that are grantees of primary franchisees and/or secondary licenses or permits as well as other information the poll body requires to enable it to fulfill its mandate.

The two agencies also agreed to share information should they discover violations of the laws they enforce.

“It is effectively a control against industries or foreign parties influencing the outcome of elections. The partnership links the regulator of corporate information, the SEC, with the enforcer of election laws, the Comelec,” said Jose Mari Lacson, head of research at local brokerage house Campos Lanuza & Co.

“By sharing information on political parties and their organizers, and combining it with their own database, the SEC becomes a clearing house of information critical to identifying violators of the Omnibus Election Code,” Lacson added.

He said it might take more than information-sharing arrangement between the SEC and the Comelec to track the pipeline of illegal political funding.

“Anecdotes from the street, however, suggest much of the election spending at the grassroots level is based on cash. While it is presumed that some election donors use checks to support their preferred political parties or candidates, other donors may give cash indirectly for ease of distribution at the local government level,” Lacson said.

He said that while “the partnership would help regulate the organizational sources and uses, such as media and advertising, it still may be more difficult to investigate other types of election expenditures.”

Nonetheless, Lacson lauded the partnership as a “positive step toward enforcement via increased transparency and monitoring.”

On July 27, the SEC’s Office of the General Counsel issued an opinion on political contributions by corporations in response to a formal query by a private party.

The opinion affirmed the absolute ban on corporate donations to political campaigns.

Section 36(9) of the Corporation Code provides that “no corporation, domestic or foreign, shall give donations in aid of any political party or candidate or for purposes of partisan political activity.”

Section 95 of the Omnibus Election Code prohibits the following from making any contributions for purposes of partisan political activity:

Contractors or subcontractors that supply the government with goods or services, or perform construction or other works

Those who have been granted loans or accommodations worth more than P100,000 by the government

Educational institutions that have received grants of public funds of more than P100,000

Civil service officials and employees, and members of the Armed Forces of the Philippines

Based on a briefer from the SEC, while the Corporation Code imposes a blanket prohibition over all corporations, the Omnibus Election Code is industry—and activity—specific, taking into consideration the amount of influence the prohibited entity can exercise over the government.

The fines and penalties also differ for the two laws. One who violates the Corporation Code can be fined P1,000 to P10,000, or be imprisoned for 30 days to five years, or both.

Under the Omnibus Election Code, any person found guilty of any election offense (like Section 95) will be punished with imprisonment of not less than one year but not more than six years, and will not be subject to probation.

In addition, the guilty party will be disqualified from holding public office and deprived of the right to vote.

If he is a foreigner, he will be deported, which shall be enforced after the prison term has been served.

Any political party found guilty will be fined not less than P10,000.