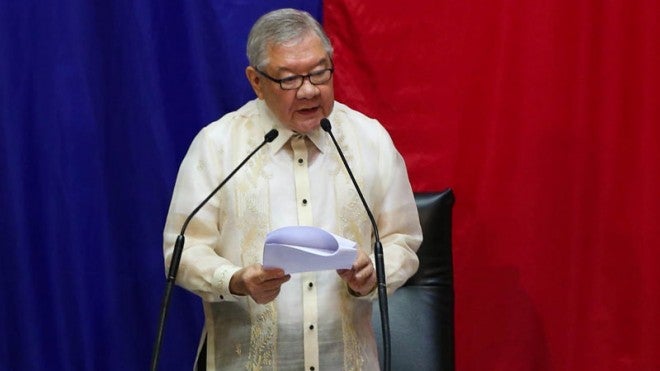 CONGRESS is not giving up on its bid to slash the high income tax rates Filipinos have been complaining about despite having been rebuffed by President Aquino.

Belmonte said both the Senate and House versions of the income tax reform measures were nearly identical and would have been immediately approved if the President had not threatened to veto the resulting legislation.

“Let’s take it up again, I want to discuss it again with the executive (branch),” Belmonte said.

Although the President has been firm in his opposition to the lower income tax bill, Belmonte said it was the duty of lawmakers to try again in behalf of their constituents who would benefit from tax reform.

Last month, President Aquino thumbed down the Congress bills reducing income tax rates of individuals and corporations because it would leave a P30-billion hole in revenue collections.

Mr. Aquino said that while lower income taxes would increase disposable income and was good in theory, he was not convinced the benefits would outweigh the costs, such as a lower credit rating and higher interest rates.

Congress is proposing to increase the tax exemption ceiling to P150,000 a year; increase from P500,000 to P10 million the trigger for the higher income tax rate, and reduce the corporate tax rate from 32 percent to 25 percent.

The lawmakers are moving to cushion the impact of a lower take by rationalizing fiscal incentives granted to corporations and reducing the billions in taxes foregone from these perks.

Belmonte was hopeful Mr. Aquino would change his mind on the tax cuts, saying this could be one of his biggest legacies.

Aside from the income tax cuts, Belmonte said the House would also try to approve the proposed Bangsamoro Basic Law (BBL) by appealing to interpellators to focus on new issues that had not been tackled in the plenary.

The government peace negotiators are hoping Congress would approve the BBL before Dec. 16, expecting that lawmakers would be too busy with their election campaigns to devote time to lawmaking beginning January.