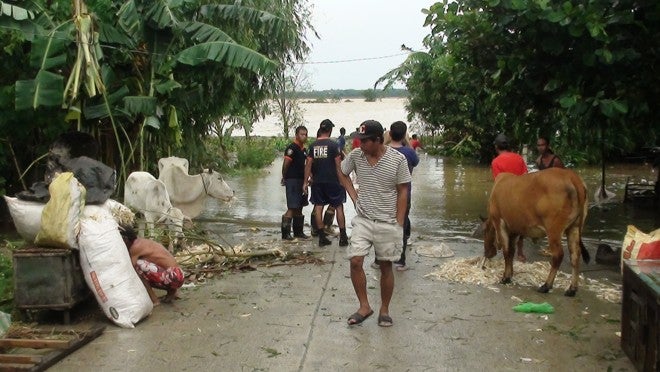 At least two were killed and 20,000 were affected in Luzon by Typhoon Lando’s (international name Koppu) fury, the National Disaster Risk Reduction and Management Council (NDRRMC) said on Monday.

Benita Famanilay, 62, was killed after a concrete wall fell on her in Subic, Zambales. She died from severe head injuries.

In Quezon City, a 14-year-old died after a tree fell on him.

Five people were hurt from the two incidents.

As of 12 a.m., the NDRRMC said a total of 20,492 persons were affected in the regions of Ilocos, Cagayan, Central Luzon, Calabarzon, Bicol and Cordillera Administrative Region (CAR).

Heavy to intense rain swamped most of Luzon and massive flooding hit parts of Nueva Ecija and Aurora.

As of posting time, the NDRRMC said 18 road sections and 13 bridges were not passable in the regions of Cagayan, Central Luzon, Bicol and CAR.

The typhoon resulted in suspension of work in government offices and classes in parts of Luzon.

The Department of Social Welfare and Development and local government units have so far provided P1,060,560 worth of assistance to the victims, the NDRRMC said.

Authorities are continuing rescue operations for people trapped in floodwaters.

Lando slammed into Aurora early Sunday, and continues to crawl at 5 kilometers per hour towards Ilocos, Apayao and Cordillera. As of 5a.m., it was tracked in the vicinity of Santa, Ilocos Sur.

With its current slow pace due to an interaction with another typhoon outside the Philippine area of responsibility and a high pressure area, Lando will exit PAR on Friday or Saturday.

Although Lando has weakened, it remained at a typhoon intensity and will still bring heavy to intense rains.