Edu Manzano files COC for senator, to run as independent 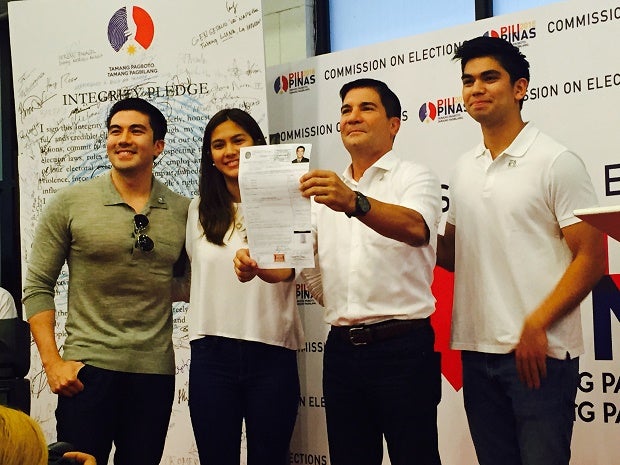 Actor and television host Edu Manzano, accompanied by his children, including actor-host Luis Manzano, appears before the Commission on Elections headquarters to file his certificate of candidacy for senator. YUJI VINCENT GONZALES/INQUIRER.net

Actor and television host Edu Manzano on Friday appeared before the Commission on Elections headquarters to file his certificate of candidacy for senator as independent in the 2016 elections.

Manzano said he would address the issue of “excessive taxation” and prioritize education if he will be elected.

Manzano was accompanied by his children, including actor-host Luis Manzano, during the filing.

In 2010, the older Manzano ran for vice president as running mate of former Defense Secretary Gilbert “Gibo” Teodoro under the Lakas-Kampi-CMD, but lost. CDG

Gunning for 2016 polls? Escudero tells aspirants to learn lessons of 2010