The Department of Social Welfare and Development (DSWD) denied it has over P100-billion lump sum or discretionary funds embedded in the 2015 General Appropriations Act (GAA).

Assistant Secretary Javier Jimenez, DSWD’s Spokesperson, in a letter to INQUIRER said they already have a budget of P107.8-billion.

“DSWD has no lump sum or discretionary funds amounting to P102.6-billion in the 2015 GAA… It is not possible that there could be a P102.6-billion lump sum because the budget of the Department is already P107.8-billion,” Jimenez said in the letter.

He pointed out that they have already issued a statement denying the existence of such discretionary fund as early as July 2015.

However, in a petition filed last month, petitioners Philippine Constitution Association (Philconsa), led by its officers, former budget secretary Benjamin Diokno, former Senator Francisco Tatad, and Representative Ferdinand Martin Romualdez alleged that there is a P424.1-billion worth of “scandalous and unconscionable freight of lump sum” hidden in the 2015 GAA.

Petitioners told the high court that the said amounts are embedded in nine strategic departments and two agencies “of the Executive Department which are highly vulnerable to the whirling of transactional, rent-seeking and patronage politics.”

According to petitioners, aside from DSWD, the lump-sum appropriations are embedded in the following agencies:

For each of the 11 lump sum appropriations are 11 separate and distinct special budgets submitted by heads of agencies to the Department of Budget and Management (DBM) and approved by the President.

Jimenez said DSWD has a budget for maintenance and other operating expenses worth P102-billion and its breakdown can be found in the national budgetary document.

“Congress only provided the lump-sum appropriations as the ‘faucets’ to open or the ‘wellsprings’ to tap/siphon to fund the Special Budgets prepared by heads of agencies and approved by the President,” petitioners said.

“The Department continues to adhere and uphold the principles of transparency and accountability especially when it comes to budgetary issues involving public funds,” Jimenez said. 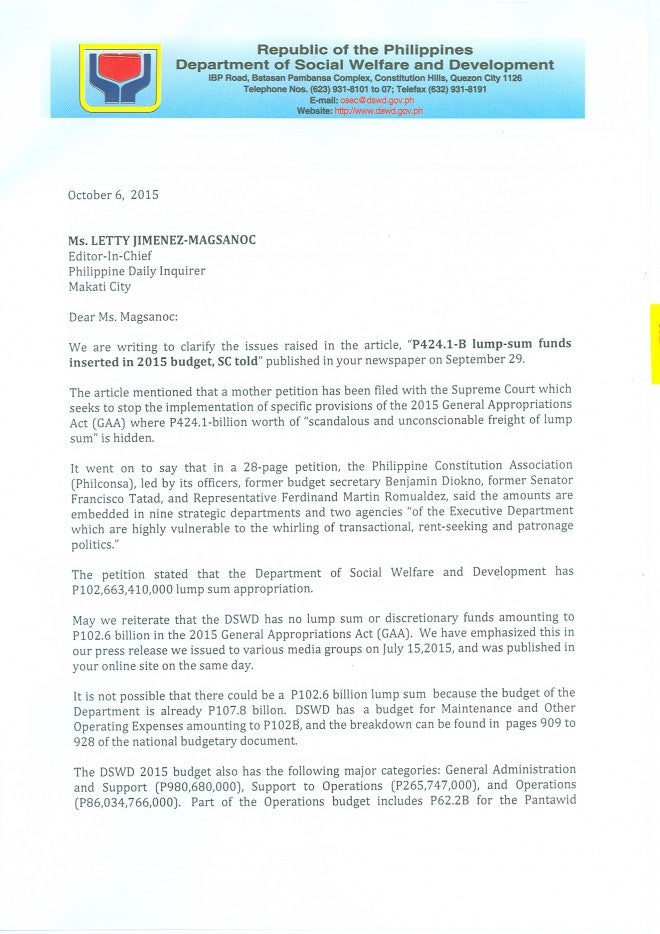 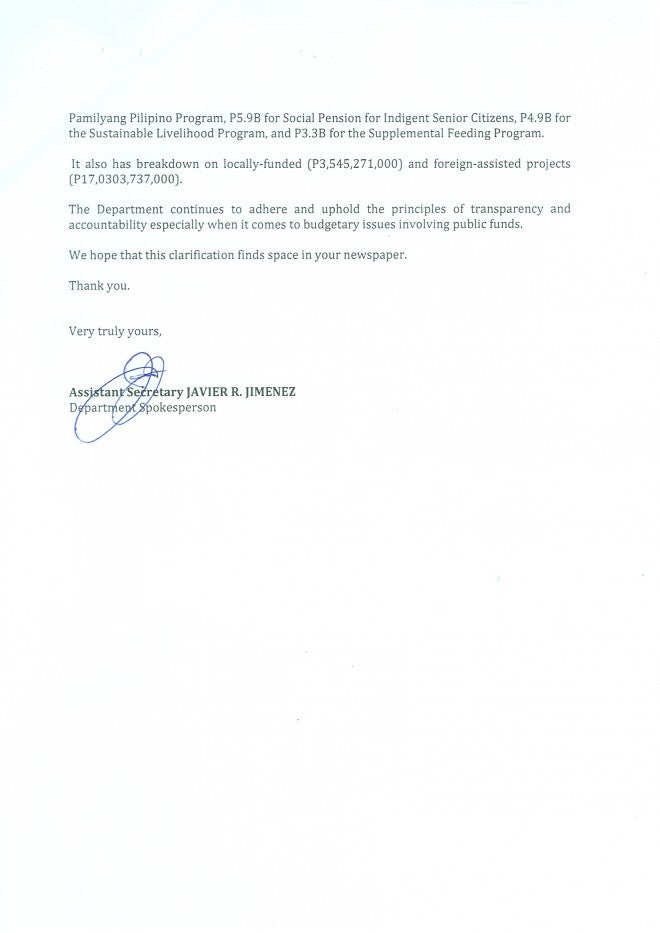