De Lima: ‘There is only one Miriam Santiago’ | Inquirer News
Close
menu
search

De Lima: ‘There is only one Miriam Santiago’ 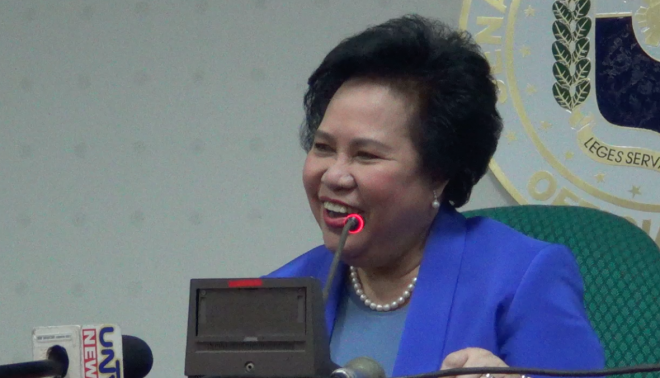 They may not belong to the same political party but Liberal Party senatorial bet and former Secretary of Justice Leila de Lima only has kind words for Senator Miriam Defensor-Santiago who has expressed her desire to run for president in next year’s polls.

In her keynote speech in the Philippine Judges Association (PJA) event on Thursday, de Lima said that Defensor-Santiago is irreplaceable.

The PJA was to induct Santiago to its hall of fame.

“I was often asked if I will replace Senator Miriam Defensor-Santiago in the Senate. I say she cannot be replaced. There is only one Miriam Santiago,” de Lima said.

She also lauded Defensor-Santiago for supposedly starting the tradition of strong women leaders in the country.

Santiago on Tuesday announced her desire to run for president, saying that the Philippines will become better if she becomes the next chief executive.  IDL