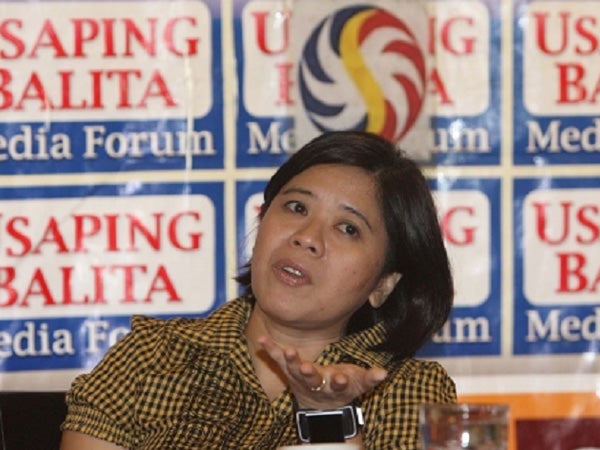 Former Isabela governor and poll commissioner Grace Padaca faces perjury charges before the Sandiganbayan for her alleged failure to submit her Statements of Assets and Liabilities Networth (SALN) for the years 2007 to 2010.

The Ombudsman on Wednesday filed four information of four counts of perjury or violations of the Code of Conduct and Ethical Standards for Public Officials and Employees, which require public officials to declare a truthful statement of their wealth, liabilities, properties, and business interests.

The Isabela provincial government supposedly only had on file Padaca’s 2004 and 2006 SALNs.

In an earlier statement on her office’s indictment of Padaca, Ombudsman Conchita Carpio Morales said Padaca should have her own receiving copies of her SALN because it is “customary and essential” for proper record-keeping.

Padaca, a polio survivor, served as Commission on Elections commissioner from 2012 to 2014. She was eased out of the Comelec after she was bypassed by the Commission on Appointments.

Padaca already faces separate charges of graft and malversation before the Sandiganbayan for awarding to a nongovernment organization a contract to manage a credit facility in 2006 without public bidding when she was Isabela governor.

Her appointment to the Comelec was controversial ahead of the 2013 midterm elections because it was her ally President Benigno Aquino III who paid for her P30,000 bail from graft and P40,000 bail for malversation. Padaca was a member of the Liberal Party.

Padaca toppled the Dy political dynasty in Isabela when she won as governor in 2004, beating the former governor’s brother Faustino Dy Jr. But she was unseated in 2009 after the Commission on Elections ruled in favor of Benjamin Dy in his electoral protest on the results of the 2007 elections. Padaca lost to Faustino Dy III in the 2010 polls.

Padaca has maintained that the charges against her are politically-driven. The complainant against her in the graft and malversation charges is former Isabela Rep. Santiago Respicio, an ally of the Dys.

Saying she was surprised that her SALNs were missing, Padaca claimed she has no duty to keep receiving copies of her SALN when filed. IDL