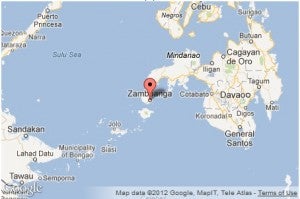 ZAMBOANGA CITY, Philippines – Tungawan Mayor Randy Climaco was killed in an ambush in his town in Zamboanga Sibugay on Monday afternoon.

Zamboanga Sibugay governor Wilter Palma confirmed the death of Climaco, who was ambushed while he and his team were on their way to the village of Bantungan, also in Tungawan.

“It was shocking. It bothers us. Who will be next?” Palma told the Philippine Daily Inquirer by phone.

Vice Mayor Raup Arbison and two others were wounded in the 4 p.m. attack.

Palma said he has directed the police to go after suspects.

The governor said Climaco was serving his last term as Tungawan mayor.

“I don’t know if he was able to file his certificate of candidacy for another position,” the governor said. SFM