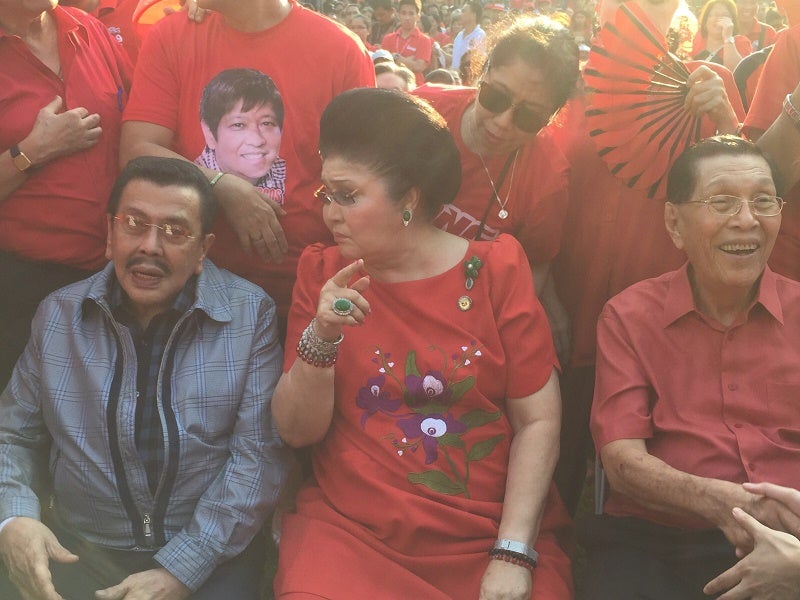 “Hindi ako-nagdalawang isip at nahirapan na gawin ang desisyong ito (I did not think twice and find it difficult to make this decision),” he said.

Estrada attended the formal announcement of Marcos at Puerta Real Garden in Intramuros. He was joined by Sen. Juan Ponce Enrile and other politicians.

READ: Bongbong Marcos: I accept the challenge of the new generation

Estrada said Marcos represented the young breed of statesmen in the Philippines.

He said the senator was destined to be among the leaders of the country, adding that the vice presidential aspirant had proven his worth in public service.

Prior to becoming a senator, Marcos served as a vice governor, governor, and representative for Ilocos Norte.

While Estrada had publicly announced his support for Marcos, he remained mum on who among the presidential candidates would get his support. Nestor Corrales/IDL/RC

Estrada endorses Grace Poe as ‘the next …’