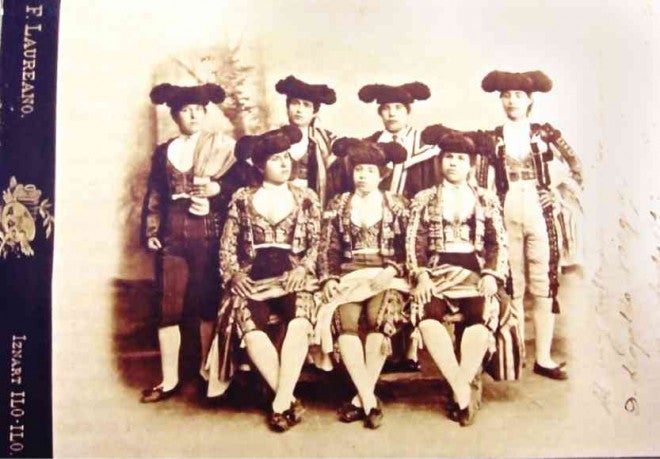 Sixty-three years after his death, the largely unknown Felix Laureano has come to life in a collection of his photographs exhibited for the first time.

Laureano, born in Patnongon town in Antique province in 1866, could be considered the first Filipino photographer, according to Francisco G. Villanueva, main organizer of the photo exhibit at the art gallery of the University of the Philippines Visayas (UPV) in Iloilo City.

The “Bugasong to Barcelona” show, which ran from June 10 to 26, featured 55 photographs taken by Laureano in Spain and the Philippines, many depicting glimpses of the life of Filipinos in the late 19th century. It also included portraits taken in his studios in Barcelona City in Spain and Iloilo City, and of churches, streets and daily life in rural areas.

Among the historic photographs exhibited were those of the 32 survivors of the last Spanish holdout in Baler town (now part of Aurora province) during the Philippine Revolution.

Villanueva, an Ilonggo based in Toronto in Canada, conducted an extensive research on the life and works of Laureano for at least three years. He said the exhibit was held because little was known of Laureano even among Ilonggos and Antiqueños. 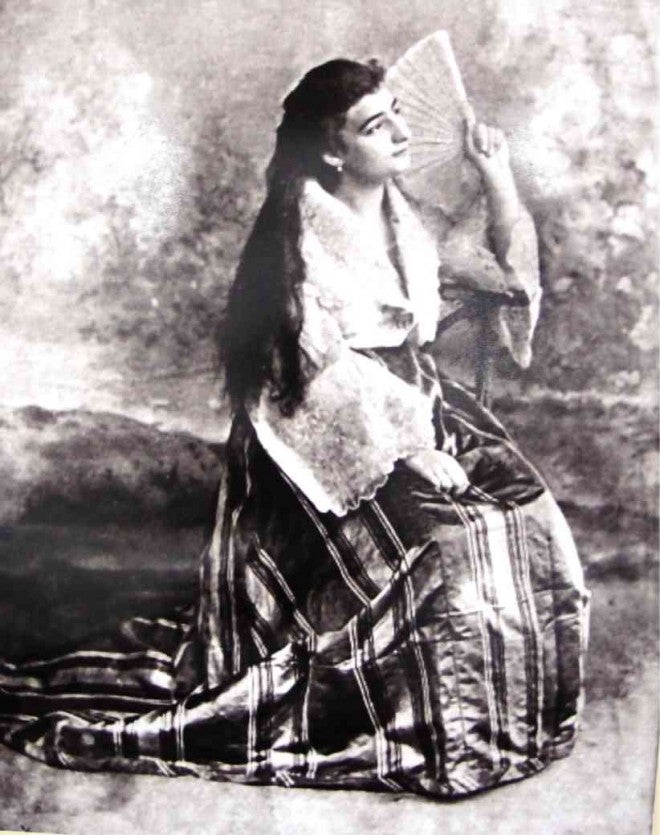 Laureano extols the beauty of a Filipino mestiza in this photo that is accompanied by an essay with lavish praises for the subject. CONTRIBUTED PHOTO

“There is no existing biography of him and his legacy in Filipino photography is not well-known,” Villanueva told the Inquirer.

Laureano was depicted as Spaniard or presumed to be from Iloilo, but Villanueva’s research showed that he was born to a prominent and landed family in Patnongon and grew up with his siblings in neighboring Bugasong town. His parents were Norverta Laureano de los Santos, a businesswoman, and Manuel Asensio, a friar from Zamora, Spain, who was assigned as parish priest of Bugasong.

Villanueva said Laureano could have been exposed to photography in Manila after he was admitted to Ateneo Municipal de Manila in 1883. He could have worked as apprentice in established studios at the capital during that time.

In his first exhibit in 1887 in Madrid when he was 21, Laureano received an honorable mention citation and again at the 1888 Exposicion Universal de Barcelona, the first international exhibit in Spain.

He traveled in Europe and studied photography in Paris before returning to Barcelona where he became a professional photographer.

Laureano was also an entrepreneur who was up-to-date with the latest technology in photography, according to Villanueva.

In Barcelona, considered then the center of photography in Spain, Laureano established two studios, including Gran Fotografia Colon. He also had studios in British India and along Calle Real (now Iznart Street) in Iloilo City.

‘Memories of the Philippines’

In 1895, or a year before the outbreak of the Philippine Revolution, Laureano published the album-book “Recuerdos de Filipinas (Memories of the Philippines)” in Barcelona. It contained 37 photographs with essays on Filipino life in the late 19th century in Manila, Iloilo, Cavite, Batangas, among others.

The book was translated to English and published first in 2001 and in 2014.

Laureano’s works also reflected his role as a press photographer, according to Villanueva. Spain’s leading illustrated newspapers, like the Ilustracion Española y Americana and the Ilustracion Artistica published his photographs, some on their front pages.

Laureano was eventually commissioned to photograph Spanish warships in Barcelona during the Spanish-American War.

His family returned to the Philippines during the Spanish Civil War in the 1930s and lived in Iloilo City until the end of the Japanese occupation. They later moved to Manila where he died on Dec. 18, 1952, at Hospital Español de Santiago in Makati.

The inaugural exhibit in Iloilo offered only a glimpse of Laureano’s photographs, according to Villanueva, who has seen about 250 of his works during his research in Spain and the Philippines.

Several photographs were also exhibited at Ayala Museum from July 18 to Aug. 2. Villanueva said he was hoping a similar exhibit could be organized in Barcelona.

Ma. Luisa Mabunay, retired UPV professor and former dean of the College of Arts and Sciences, said there could be more photographs in collections, especially in Iloilo City.

“Let us ask our parents and grandparents, and look into our collections,” she said in a symposium on Laureano’s works and life.