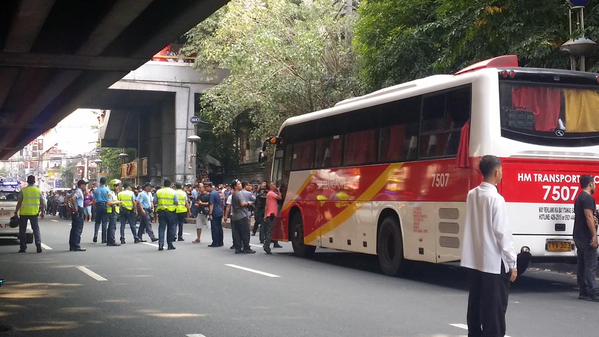 In 30 minutes, the Manila police were able to neutralize the hostage-taker aboard the Alabang-bound bus. TARRA QUISMUNDO

A passenger bus was held hostage on Thursday afternoon by an unidentified man along Taft Avenue in Manila, the police said.

The Manila Police District said a man armed with a knife held hostage the passengers of a southbound HM Transport Bus past 2 p.m. near LRT Pedro Gil Station.

Supt. Albert Barot said the perpetrator was shot 30 minutes after the police were alerted on the incident.

The still unidentified hostage-taker was rushed to Philippine General Hospital but was declared dead on arrival.

A victim, which was only identified as a student, was also brought to PGH after sustaining slight injury.

“The police have to immediately act because there is already a threat to the life of the victim,” Barot said. 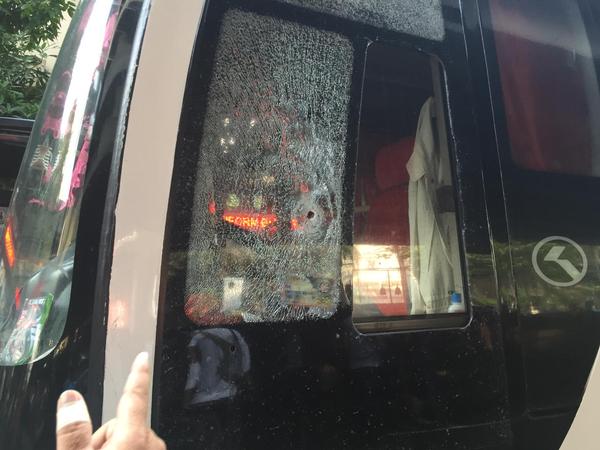 ADVERTISEMENT
Read Next
Legarda to convene environmental advocates at climate summit
EDITORS' PICK
Metro Manila mayors recommend extension of GCQ until yearend
Caroling, Christmas office parties not allowed in Metro Manila
Experience clearer calls nationwide with Smart VoLTE
Smart Prepaid encourages the youth to take their passions to the next level and ‘Live GIGA’
Arthaland’s property management arm utilizes Amazon Web Services to enhance delivery of service
Duterte: May Bonifacio inspire all Filipinos amid COVID-19 pandemic
MOST READ
‘What is mine is hers,’ says Matteo on sharing finances with his Popstar Royalty wife
‘Blind obedience’: Robredo twits Briones for pleasing only Duterte, not teachers, students
Lorenzana orders review of protocol in handling slain rebels’ remains
DOF to PITC: Return P1 billion in interest on ‘idle’ funds
Don't miss out on the latest news and information.