Teaching students, their parents and teachers, too 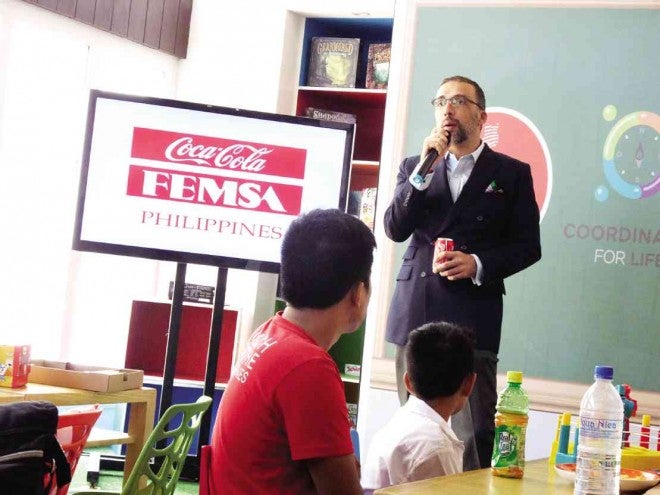 Cynthia Lim, mother of three, did not think it is necessary to attend meetings called by Malanday Elementary School (MES) in Marikina City between parents and teachers.

Lim, whose two children are in Kindergarten and Grade 4 in MES, said in Filipino, “I did not know communication between parents and school was important.”

She said, “I did not even sign my (elder) daughter’s report cards when she was in Grades 1 and 2.”

Lim did not also try very hard to communicate with her daughter who was, she said, “in a world of her own.”

So when the girl was in Grade 3 last year and fellows of Teach for the Philippines (TFP) invited her to attend seminars and workshops, Lim again initially ignored the requests.

But the fellows were persistent so Lim, probably just to get them off her case, agreed to attend a seminar.

Finding that first session dagdag-aral (educational), she said it became easier to ask her to subsequent workshops.

“I learned that discipline did not have to involve spanking,” Lim said. “I had to talk to them (children)” and find opportunities for bonding.

As a result of the workshops, her relationship with her daughter started to improve, she said. They were now talking to each other more.

The workshops for parents were part of the package Coordinates for Life (CFL), which TFP and Coca-Cola FEMSA integrated into the standard Grade 3 curriculum starting last year.

TFP is a private sector initiative that invites some of the country’s best and brightest young professionals to spend at least two years of their lives supplementing and complementing instruction in the public schools by becoming classroom teachers. It also conducts training programs for public school teachers. 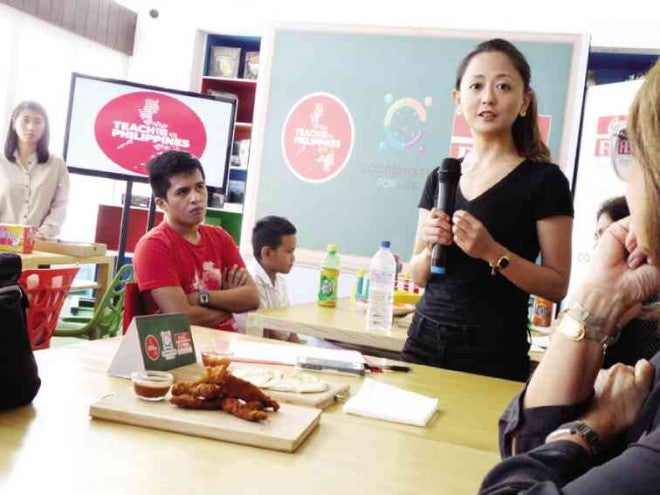 She added that Grade 3 pupils were ages 8-9 and considered by their families to be old and/or big enough to help with household chores or to supplement the family income.

CFL aims to teach students not just the 3R’s—reading, ’riting and ’rithmetic—but also how to cope with the many challenges both in and out of school, like bullying, relationships, dealing with persons in authority, active and healthy lifestyles, culture of lawfulness.

Covering 16 life skills in all, the initiative aims to give students the tools to start making right and better decisions.

Using experiential learning, games and other methods, TFP fellows try to reach the students through their minds and hearts.

Lopez, who taught at Kapitbahayan Elementary School in Navotas City, and Rabaca of MES said CFL does not just teach children but also parents, community members, relatives, educators and every adult involved with children. 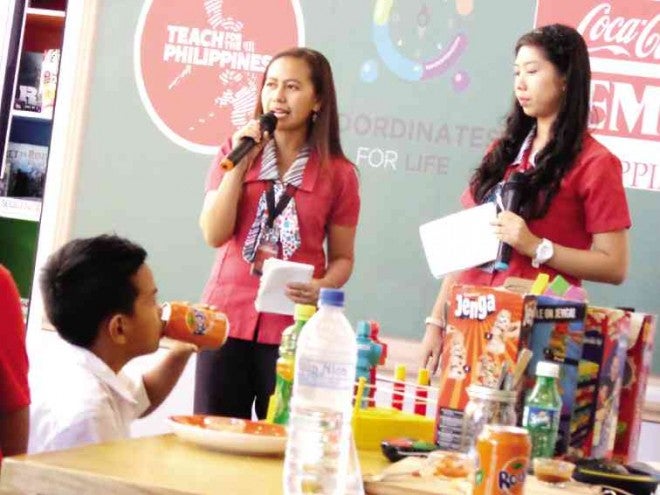 Both reported that they had difficulty persuading parents to attend seminar workshops. Some parents, when they did home visits to ask them to attend sessions, treated them rudely, the TFP fellows said.

The first time they conducted a session for parents, Rabaca said, only 10 attended. Subsequent sessions drew almost all the parents and the few who had been absent because of work or other reasons even apologized, she said.

As for the sessions with teachers, they said the most frequent questions were on stress and conflict management.

MES teachers Mia R. Esperanza and Luthgarda P. Buhayo said that although the TFP fellows were younger and had very little experience teaching, they found that they could learn from them, like how to handle problem students.

Esperanza and Buhayo also found the life skills training useful. Moreover, the veteran teachers were reinvigorated and inspired by the enthusiasm of the fellows.

Juan C. Dominguez, human resources and corporate affairs director of Coca-Cola FEMSA-Asia Division, said over 2,000 students were directly impacted in the pilot phase of CFL in the Philippines but more, including the children’s families, were indirectly benefited.

“After one year, the program proved sustainable and could now be expanded,” he said.

Delgado said CFL focuses on values. TFP and Coca-Cola believe that sometimes the most important lessons are learned outside the classroom so they have to bring these lessons to the classrooms.

Monette Santos, TFP program officer, said they hope to institutionalize CFL by integrating it into the school curriculum. TFP, she said, is exploring a partnership with the Department of Education for inclusion of CFL in formal lessons.

For the pilot phase, Santos said CFL was brought to 15 schools across four cities in Metro Manila.

Cat Avelino, Coca-Cola FEMSA external communications and corporate social responsibility manager, said that with the pilot phase, which included translation of modules into Filipino and their adaptation to the Philippine setting, completed and the program entering its second year, CFL would now be brought to two schools in Mindanao—one in Siargao, Surigao del Norte, and another in Cagayan de Oro City.

Text and photos by Linda B. Bolido