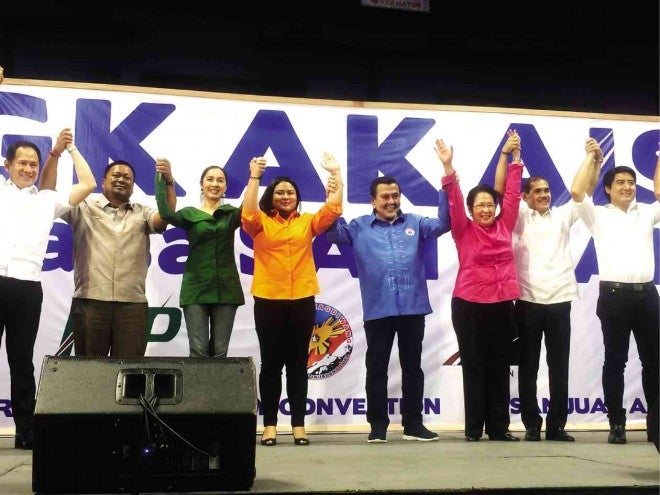 If the fates of politics allow, San Juan City will see three generations of the Ejercito-Estrada clan occupying the city’s top three posts next year.

The move may be considered historic even in a city where the Estradas had established a dynasty since 1967, when then movie star Joseph Estrada became mayor. The 2016 elections will mark the first time the clan is fielding family members for the top three posts all at the same time.

Former President and now Manila Mayor Estrada is the grandfather of Janella and uncle of Jana. Gomez, meanwhile is the mother of Estrada’s son, Sen. JV Ejercito.

Francis Zamora went public the following month about his plans to challenge Gomez for the mayoralty. The vice mayor then noted that talk was rife that Senator Jinggoy’s wife and daughter, Precy and Janella, were running for San Juan’s lone House seat and vice mayoral post, respectively.

Gomez belied the younger Zamora’s claims, saying Janella was up for reelection as councilor and Precy wasn’t interested in politics. She then pointed out that her visit to Senator Jinggoy (Estrada’s son with former Sen. Loi Ejercito) was purely to mend ties with him since their relationship has been “strained” because of her earlier defense of the Zamoras. 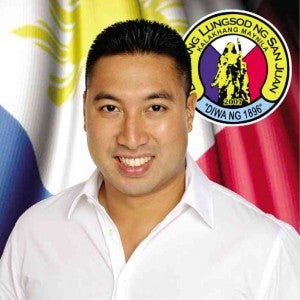 Sen. JV Ejercito was apparently alluding to the challenge posed by the Zamoras when he told Wednesday’s crowd that “for the first time in decades there would be an intense fight here in San Juan.”

The gathering at the San Juan Arena was composed of local members of the Nationalist People’s Coalition, Partido ng Masang Pilipino, Partido Magdiwang, and allied local groups. The partisan audience also included the Pink Ladies, a women’s civic group founded by Gomez in 1967.

For his part, Mayor Estrada said what the younger Zamora did was expected, noting it was similar to what his father Ronnie did to him during his short-lived presidency. (Hounded by corruption scandals that led to an impeachment trial, Estrada was forced out of Malacañang by a People Power uprising in 2001. He was convicted of plunder in 2007 but received presidential pardon from Gloria Macapagal Arroyo.)

“He was among the first to resign—and he was my executive secretary,” Estrada said of the elder Zamora. “[Guia] trusted Francis, she gave him all he wanted. Wala ring utang na loob (No debt of gratitude), like father like son.”

Reached for comment, Francis Zamora said the Ejercito-Estrada’s move to field family members for the city’s top three posts showed that they just wanted to “ensure the dynasty would continue.”
“That was what I was emphasizing [all along]. They wanted to maintain full control. It’s all in their master plan,” he said. He found it also ironic that Senator Ejercito earlier filed an antipolitical dynasty bill in 2013 but now pushes for three relatives in the local elections.

Cause of family division

In the 2013 congressional race, Jana lost to the elder Zamora by just over a thousand votes. Sen. Ejercito recalled how he supported Zamora in that contest “against my own cousin, hence we (my family) got divided.”

In her turn to speak onstage, Jana expressed confidence that she would beat the elder Zamora this time around “with family support. Now we can fight as one for San Juan.” Jana is the daughter of Joseph Estrada’s brother Jesse.

Meanwhile, Janella said she is expecting herself to be the target of black propaganda now that she’s aspiring to be the next vice mayor. “Compared to our allies and opponents who are veterans, I am indeed lacking in experience. My political experience may be considered shallow for now, but I have a deep dedication to serve and help our fellowmen.”