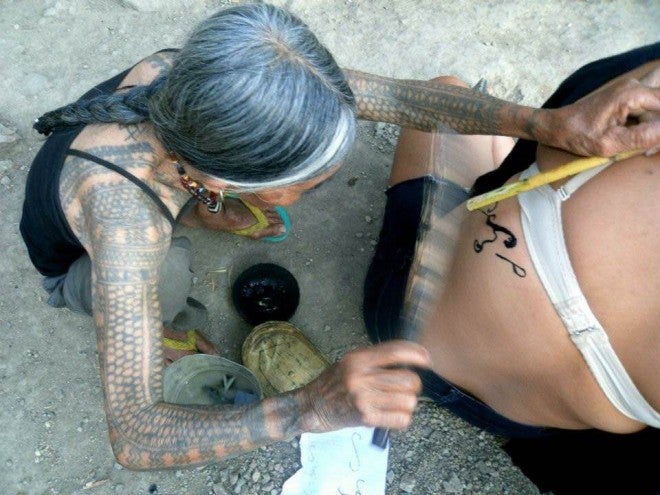 An online campaign pushing for the Kalinga-based tattooer Whang-Od Oggay to be declared as a National Artist has since gone viral.

The campaign #WangOdNationalArtist was started by Cebu City-based Biology instructor Edward Laurence Opena last September 17 and has since been shared more than 11,000 times as of posting time.

The viral post shows a picture of Whang-Od who is the oldest Kalinga “mambabatok” or tattoo artist at 97 years old. The picture has been accompanied by a message which read: “Whang-Od is the last Ancient Kalinga Tattoo artist. In the past years, the silence of this ancient art was broken because people from around the globe pay homage to this remaining artist and take pride that they were tattooed by her.”

Opena said that it is his personal advocacy to let Filipinos realize “that it is now time to recognize her world-class contribution to the art of tattoo-making that is genuinely Filipino.”

“She deserves to be one of our National Artist,” Opena added.

Whang-Od, who is based in Buscalan town in Kalinga, makes her tattoos with a mix of soot and water which will then be applied to the skin through a stencil and then be pierced to the skin using a stick with a pomelo thorn end.

The National Artist award, which was first given in 1972, is given to individuals in “recognition of his or her significant contributions to the development of Philippine arts and letters.” As of 2014, there were 66 artists who were given the prestigious award. AJH/RAM