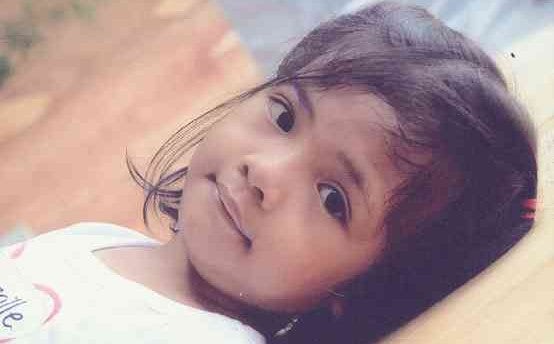 Being afflicted with beta-thalassemia, a blood disorder in which the body has a problem producing hemoglobin, has not prevented Jhezrille Cabasi from doing well in school.

The 7-year-old girl is a Grade 1 student of Villa Verde Elementary School at Sta. Monica in Novaliches, Quezon City.

“She has absences but I was happy to hear from her teacher during the distribution of report cards last month that despite her sickness, she is one of those who excel in class,” Jhezrille’s mother, Ana Liza, said. Her husband, Ferdie, plants vegetables for a living.

According to her, her daughter undergoes a blood transfusion every three weeks at Philippine Children’s Medical Center. The family spends P2,400 per session.

Ana Liza told the Inquirer that Jhezrille started showing signs of her illness at three months old. Doctors said she would have to undergo regular blood transfusions for the rest of her life to combat the lack of hemoglobin. Low levels of hemoglobin cause a lack of oxygen in the body.

“She also undergoes iron chelation therapy to remove the excess iron from her body by taking various medicines, including deferoxamine and deferiprone which cost P26,000 a month,” Ana Liza said.