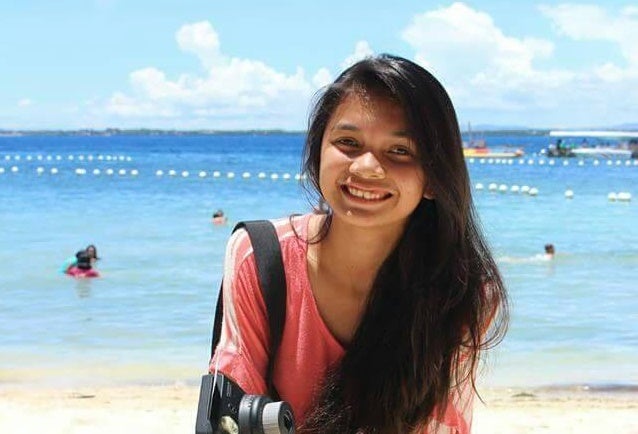 James Montebon said the police should file charges against Jenalyn Soon for her alleged participation in the Sept. 15 killing of his 17-year-old accountancy daughter.

“I don’t believe that she has nothing to do with my daughter’s murder,” he said, pointing out that Soon was with lover Ruben Fernandez when she went inside their house on Sept. 15.

Soon claimed that she and Fernandez left the house but Fernandez dropped her off outside the Corinthians Subdivision in Barangay Basak, Lapu-Lapu City, claiming that he had to gas up because his motorcycle was running low on fuel.

She said she didn’t know that Fernandez went back to Montebon’s house inside the subdivision, robbed the family of their belongings and killed the girl who was alone at that time.

The police tried to pick up Fernandez but he was already dead when they arrived on Nasingin Island off Getafe town, Bohol on Tuesday afternoon with gunshot wounds in the head and chest.

Soon was released from police custody after the police declared the investigation closed.

Senior Supt. Armando Radoc, chief of the Lapu-Lapu City Police said no one would be charged for the killing of Karen because Fernandez was already dead.

Soon was cleared by police investigators after she cooperated in the investigation, which resulted in the resolution of the case.

The police considered Soon a prime witness of the case and not a suspect.

A footage from a close-circuit television camera  (CCTV) reportedly proved that Soon was left behind  outside the subdivision and the suspect went back.

But James said the CCTV footage did not prove that Soon did not have any participation in the crime.

He raised a possibility that Soon might have conspired with Fernandez and planned to go to their house on that day.

Soon had claimed that she and Fernandez went to Montebon’s house to check if her sister, who was based in Hawaii, had sent money through Montebon’s mother.

Asked if he believed that justice had been served to Karen, he replied that the death of Fernandez was not enough.

“It is not enough, sir, because he had a companion in going inside our house. No case has been filed against her,” he said. – Jhunnex Napallacan, Inquirer Visayas