Aquino on ex-LTO chief Torres: If you go against my way, we’re not friends | Inquirer News
Close
menu
search

Aquino on ex-LTO chief Torres: If you go against my way, we’re not friends 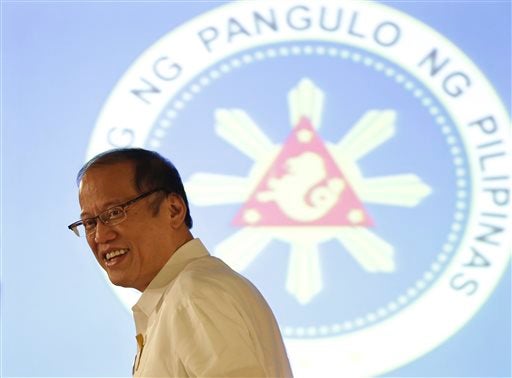 President Benigno Aquino III issued this stand Tuesday when asked to comment on the report that former Land Transportation Office (LTO) chief Virginia Torres, a known ally of his, had allegedly tried to negotiate an illegal deal involving P100 million worth of smuggled sugar with the Bureau of Customs (BOC).

Aquino said he has yet to personally talk to Torres about the allegations, which he first learned in a report by the Philippine Daily Inquirer.

“She’s supposed to be a sugar planter. She has leased land in Tarlac, Does it make sense for her to facilitate sugar smugglers?” he added.

The Inquirer earlier reported that Torres allegedly attempted to negotiate the release from the Bureau of Customs (BOC) of at least 64 shipping containers of smuggled Thai sugar.

Torres, a reported shooting buddy of the President, showed up at BOC’s Intelligence Group (IG) office last Aug. 20 to do “business,” but left empty-handed.

Torres allegedly dropped the name of the President during her visit to BOC and suggested that the proceeds from the smuggled sugar would be used in the 2016 elections.

“If your friendship is based on your ability to use me, then we are not friends,” Aquino said.

The smuggled sugar that the controversial ex-LTO chief tried to recover had been misdeclared as general merchandise, which was not covered by import permits from the Sugar Regulatory Administration under the Department of Agriculture.

The shipments, imported through alleged dummy firms, were part of more than 120 shipping containers of sugar that were the subject of at least 24 alert orders issued by the IG in the past five months.

Malacañang, through Communications Secretary Herminio Coloma, earlier said that influence peddling will not be tolerated by the administration.

Torres was relieved of her post in LTO two years ago supposedly after being seen in a viral video playing on a slot machine in an unnamed casino.

Read Next
Macalintal: Declaring Poe a naturalized citizen deprives other foundlings their rights
EDITORS' PICK
Hidilyn Diaz wins weightlifting gold in Tokyo Olympics
Harnessing technology for quality education
Duterte: When I said I will fight drugs in 6 months, I thought it was like in Davao
Connect to PH’s fastest network with new Signature Plan Lite at only P599 per month
Tips for a cheerful life
Duterte warns of possible lockdown if ‘more aggressive’ Delta variant spreads
MOST READ
Hidilyn Diaz wins weightlifting gold in Tokyo Olympics
Hidilyn shoots not only for gold but also for permanent place in PH sports history
Go to war with China over West PH Sea? It will be a ‘massacre’, says Duterte
Duterte acclaims Sotto: ‘He can become a good vice president’
Don't miss out on the latest news and information.