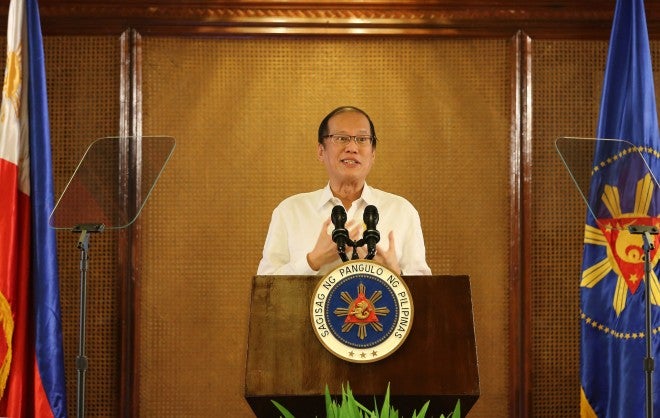 President Benigno Aquino III reacts during a press conference on the Mamasapano incident held at Malacañang Palace. Aquino says the Moro Islamic Liberation Front will not be a hindrance in pursuing justice for the death of 35 members of the Special Action Force 55th company in the bloody clash. INQUIRER PHOTO

“They will not be a hindrance to law enforcement,” Aquino said in an interview with ABS-CBN News channel.

Aquino added that the 90 individuals would be subpoenaed for preliminary investigation as most of them “probably won’t appear.”

The government’s panel of investigators on Tuesday filed direct assault with murder complaint against 90 people for the death of 35 SAF commandos, who served as blocking force during the failed police operation in Tukanalipao, Mamasapano, Maguindanao last Jan. 25.