Environment groups to file case vs ‘big polluters’ before CHR 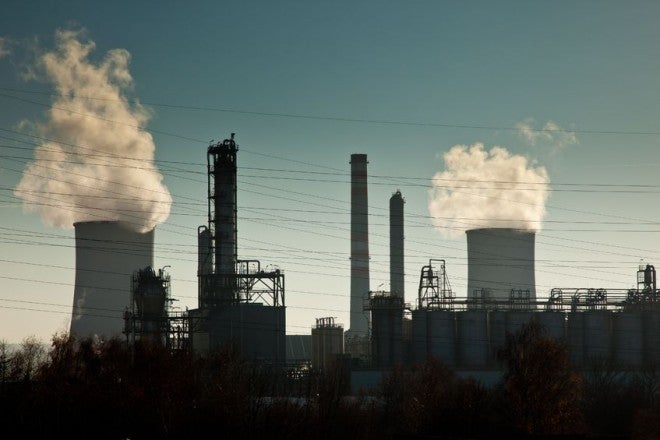 Environmental groups led by Greenpeace will file on Tuesday a potential landmark case through a complaint before the Commission on Human Rights.

The groups said they would file the case before the CHR, which has the power to investigate on complaints on all forms of human, civil and political rights, because “climate change interferes with the enjoyment of our fundamental rights as human beings.”

“Half the emissions have occurred since 1986, demonstrating the increasing speed with which fossil fuels are being burned,” Greenpeace, citing the study, told INQUIRER.net.

Of the 90 companies, 83 are oil, gas and coal producing companies while seven are among the world’s largest cement entities. Of the global industrial CO2e emissions, 21.7 percent are attributed to investor-owned entities, 21.5 percent to nation-states, 19.8 percent to state-owned and 37 percent are unattributed, according to the study titled “Carbon Majors: Accounting for carbon and methane emissions 1854-2010.”

The study explains that, “The rapid rise in carbon dioxide is the result of human alteration of the carbon cycle through land-use and deforestation over the last several millenia and more significantly, from the mining and combustion of geologic deposits of fossil fuels.”

The groups said the naming of the companies in the study provides the opportunity for them to be held accountable and “challenged for their role in the climate crisis, which countries like the Philippines are now experiencing.”

Zelda Soriano of Greenpeace, who is one of the legal representatives of the petitioners, said “there are only 90 companies and entities whose actions have made a measurable, demonstrable and cumulative contribution to climate change. Yet, none of them are being held accountable for the catastrophic human impacts of this contribution.The upcoming petition has the potential to change that.”

She added that corporations have the responsibility of respecting human rights based on the Guiding Principles on Business and Human Rights.

“Foundational Principle 13 of the Guiding Principles provides that business enterprises are required to:(a) Avoid causing or contributing to adverse human rights impacts through their own activities, and address such impacts when they occur; [and] (b) Seek to prevent or mitigate adverse human rights impacts that are directly linked to their operations, products or services by their business relationships, even if they have not contributed to those impacts.”

The Philippines has always been ranked among countries most vulnerable to climate change. Typhoons like Yolanda (international name Haiyan) have been devastating the country and resulting in the deaths of thousands of people. Various studies and experts have claimed that extreme weather events are partly caused by the worsening effects of human-induced climate change.

Greenpeace said climate change is not only manifested through typhoons but also other weather extremes like droughts, which affect the lives and the livelihood of people.

Asked about the CHR’s jurisdiction over companies based overseas or without local counterparts, Greenpeace said governments may act on “transboundary matters like climate change, where harmful activity is taking place in one country, and the negative impacts are being suffered in another.”

The petition is supported by 1,288 people who signed on online petition through the Greenpeace website.