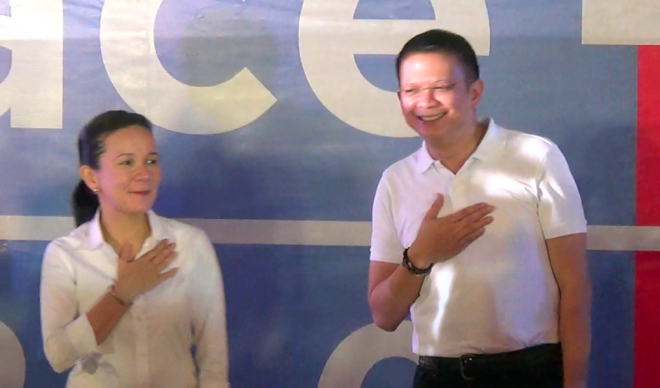 If the elections were held in September, Filipinos would vote for most likely vote for Senators Grace Poe or Francis “Chiz” Escudero, according to the latest Social Weather Stations (SWS) poll.

The survey, conducted among 1,200 respondents from September 2 to 5, showed that 25 percent wanted Poe as vice president while 18 percent wanted Escudero.

The poll was administered before Poe and Escudero declared their bid for the presidency and the vice presidency, respectively. This means Escudero would most likely lead the race if elections were held now.

Like Poe, both Roxas and Binay have declared their intention to run as president in the 2016 elections. Meanwhile, Duterte has dropped out of the race weeks after the survey was conducted.

Camarines Sur Representative Leni Robredo, who previously did not figure in the survey, had a preference rate of two percent.

Robredo, who has yet to declare her intention to run, has been approached by Roxas to become his running mate. This was after Poe formally declined Roxas’ offer and finally declared her presidential bid for 2016.

The poll was non-commissioned and has sampling error margins of three percent for national percentages, and six percent each for Metro Manila, the rest of Luzon, Visayas and Mindanao.