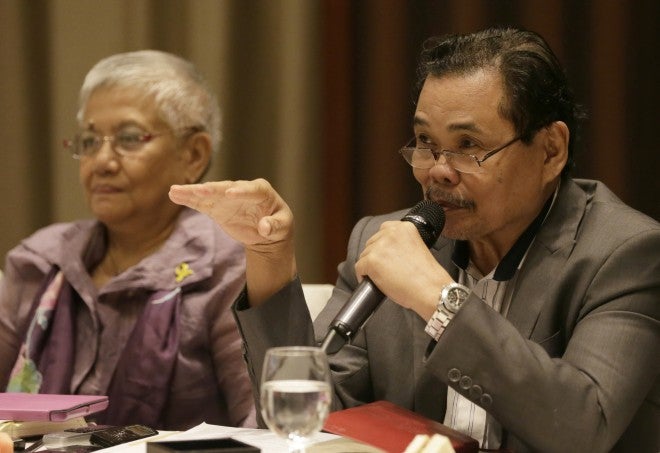 Moro Islamic Liberation Front peace negotiator Mohagher Iqbal gestures during a forum on the passage of the Bangsamoro Basic Law on Friday in Mandaluyong City. At left is Teresita Deles, presidential adviser on the peace process. AP

But Mohagher Iqbal also said the insurgents would continue to appeal to lawmakers to pass legislation that could help end a decades-old rebellion in the Philippines’ south.

A police antiterror assault in Mamasapano, Maguindanao, led to the killing of 44 commandos in Jan. 25 clashes that involved some of the rebels, causing delays in the passage of the autonomy bill.