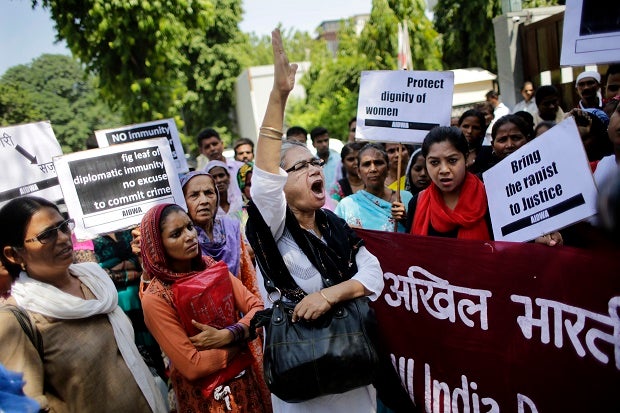 The statement late Wednesday gave no details on how the diplomat left the country.

An Indian official, speaking on condition of anonymity because he wasn’t authorized to speak to the media, said Saudi Arabia decided to withdraw the diplomat and his family.

The two women from Nepal, working as maids in the diplomat’s luxury apartment, have accused him of illegally confining and raping them during the past few months.

Police removed the women last week after receiving a complaint from a non-governmental organization. They have since returned to Nepal.

Although a case was registered against the diplomat, police could not act against him because of diplomatic immunity.

Under the Vienna Convention, diplomats cannot be arrested or face criminal prosecution in the country where they are posted.

The Saudi Embassy has denied the allegations against the diplomat. The embassy also refused to let police question him.