US defense chief: China ‘out of step’ in South China Sea 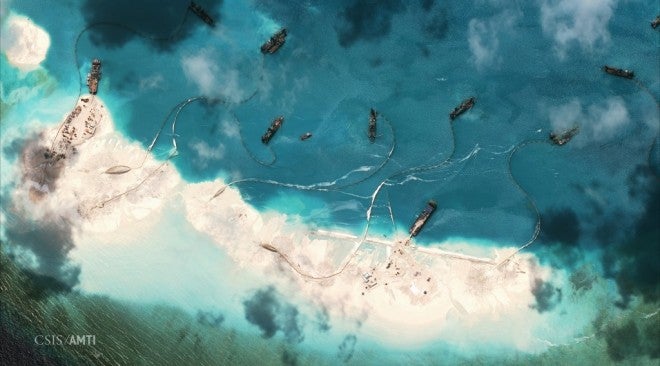 US Defense chief Ash Carter criticized China for being ‘out of step’ in its reclamation activities in the South China Sea which straddles the disputed West Philippine Sea. Carter urged China to stop its activities.

WASHINGTON, United States — U.S. Defense Secretary Ash Carter is criticizing China for its land reclamation projects in the South China Sea, saying the Chinese are “out of step” with international rules by militarizing disputed reefs and atolls.

Carter spoke just days before Chinese President Xi Jinping arrives in the U.S. for a visit to include talks with President Barack Obama.

Speaking at an Air Force conference, Carter called for an immediate halt to land reclamation by all nations with disputed claims in the South China Sea.

He said the U.S. is deeply concerned about the pace of land reclamation and the prospect of further militarization. He said these activities have the potential to raise the risk of miscalculation or conflict among the claimant nations, which include Vietnam and the Philippines.