Katipunan’s band of brothers in Cavite 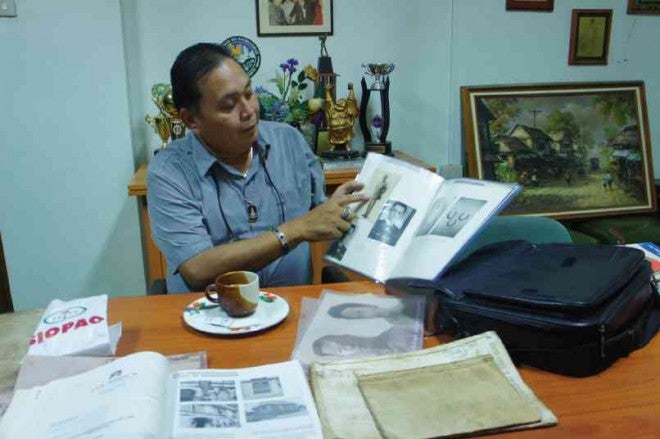 BOOK OF HEROES Rustico Juan L. Narvaez, a member of the Riego de Dios clan, says the book, “Great Sons of Magtagumpay,” is the best documentation of his three grandfathers. VAUGHN ALVIAR

MARAGONDON, Cavite—Rustico Juan L. Narvaez quickly flipped through the pages of a nearly 40-year-old publication, stopping at a spread showing a timeline. Point 42 of the listing of highlights in the town’s history appears in its 1977 founding anniversary souvenir program and begins with 1896.

That year, the natives of Maragondon, some 50 kilometers south of Manila, secretly set up a branch of the nascent Katipunan, a society of patriots established in 1892 to challenge Spanish rule over the Philippine archipelago—a struggle that ultimately led to outbreaks of violent clashes between the Katipuneros and the Spaniards.

Calling their unit “Magtagumpay” in 1897, the Maragondon insurgents even recruited comrades from the neighboring towns of Cavite province to as far as Nasugbu, Lemery, Taal and Tuy towns in Batangas province.

“Emiliano Riego de Dios, credited for founding the Katipunan in Maragondon, and the two others were brothers of my grandmother,” he explained. “My father kept all these old documents and several antiques, and I took them when he died.”

His father, Rustico, was a court judge and local historian. His grandmother was Filomena Riego de Dios-Narvaez.

A day before he was interviewed by the Inquirer, Narvaez carefully chose the documents and reference materials to cram into a black, leather messenger bag, which he commonly uses when narrating the Riego de Dios history.

“This is already jam-packed, but I have more at home,” he said. “There would have been much more, but some were destroyed by flood.”

When Narvaez unzipped the bag, it was still brimming with history. It contained black-and-white and sepia photos, and stained and cracked papers, including the souvenir program.

A fairly new material stood out, a book titled “Great Sons of Magtagumpay,” written by Rhonnel Dimaisip Soberano and published by Cavite Studies Center in 2010. It combines writings and personal narratives to limn nine native heroes, among them Emiliano, Vicente and Mariano Riego de Dios. 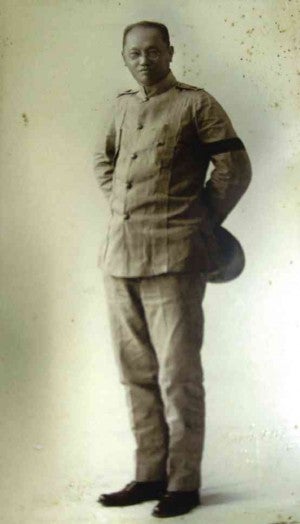 MARIANO RIEGO DE DIOS Katipunan general, aka “Di-Tapat,” who fought in Cavite, Batangas and even in the Bicol provinces PHOTO REPRODUCTION

The book notes that the three brothers had crucial and intersecting roles in the Katipunan, which they joined on July 22, 1896. They were enlisted with other Cavite nobles to join ceremonies at the Emilio Aguinaldo home in Kawit (formerly Cavite el Viejo) town.

Emiliano, nom de guerre “Magpuri,” amassed donations from wealthy families and gave the money to the Magdiwang faction of Andres Bonifacio before it was merged with the Magdalo faction of Emilio Aguinaldo in the Tejeros Convention on March 22, 1897.

He became a general and occupied key wartime positions in the revolutionary government. He was the second “politico-military governor” of Cavite.

Mariano, aka “Di-Tapat,” fought in Cavite, Batangas and even in the Bicol provinces. The general led Katipuneros in the Battle of Lian (Oct. 17, 1896) and the Battle of Dalahican in Noveleta (Nov. 9, 1896). He prevented the Spaniards from capturing a sickly Aguinaldo in the 1897 Battle of Naic.

Vicente, or “Taong Aguila,” became a colonel. He informed Aguinaldo, who was then fighting in Dasmariñas, that he had been elected president in the Tejeros Convention. In battle, he led the Maragondon rebels in the absence of his brothers.

The Magtagumpay group put up the last resistance to the Spaniards before they would overrun Cavite. Maragondon was the last battlefield.

Even when Aguinaldo fled to Biak-na-Bato afterwards, the Riego de Dios brothers continued fighting in Cavite. Emiliano and Mariano were designated to lead the local insurgents.

Narvaez masterfully narrated all the book’s important notes about his “lolos” (grandfathers)—whom he calls by their nicknames Nonong (Emiliano), Totong (Mariano) and Teteng (Vicente). He keeps their belongings—from an antique sabre to horseshoes—with family effects, such as papers proving their role in the religious revolution in Maragondon, which brought forth the Iglesia Filipina Independiente (IFI) in the town.

He owns a thick file of documentation tracking his family tree, going way back to the parents of the rebellious brothers, and compiled by Federico Gonzales and Tonette Fortuna-Ibe, former chair of the Professional Regulation Commission and chancellor of University of the East (both Vicente line).

Narvaez drew that family tree from the heap of documents in the bag and laid it on the table with the thud of 400 pages. Its cover page is the family’s coat of arms, designed by Joel Ballesteros (Vicente line).

The brothers had three sisters.

Emiliano’s descendants are mostly based in Cotabato, Narvaez said. Twice a widower, Vicente married for the third time and had big families from all marriages—so enormous that some offspring have yet to be traced. Mariano lost all his children.

The Riego de Dios family had their first reunion in 1998. Again, they met each other in 2013, when Emiliano’s remains were taken from the Libingan ng mga Bayani and buried in a monument for him and Mariano at the plaza of Maragondon. (Vicente and Mariano were buried in family mausoleums at the cemetery of the IFI.)

“People of Cavite joined us; students of schools where the carosa passed went out and waved flags; the military was present. There was a hero’s welcome, and Vice President Jejomar Binay was guest speaker,” Narvaez reminisced. “Kaganda talaga (It was really beautiful).”

Apart from the homecoming, other recognition moves were made.

Streets in the town center were named after Emiliano and Mariano, and other Magtagumpay heroes. In 1977, the town began celebrating its fiesta on Sept. 7, Emiliano’s birthday.

De La Salle University in Dasmariñas named structures after Emiliano. He was one of 24 heroes printed on trading cards of the National Historical Commission of the Philippines as part of the observance of National Heroes’ Day in 2014.