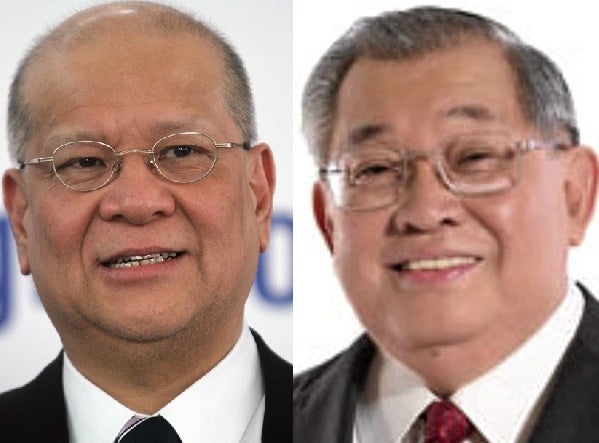 All’s well … The Justice department has dismissed the syndicated estafa complaint of San Miguel Corporation President Ramon Ang (left) against the group of Felipe Gozon of broadcasting giant GMA. Gozon’s group returned the P1-billion downpayment of Ang, who wished to buy a stake in GMA, and the SMC boss decided not to push through with the complaint. INQUIRER FILES

The Department of Justice (DOJ) has dismissed the syndicated estafa complaint filed by business tycoon Ramon S. Ang against the Gozon Group of GMA Network after both parties reached a settlement.

Last month, Ang filed a complaint for syndicated estafa against GMA Network Incorporated’s Gozon Group of major shareholders, led by Atty. Felipe Gozon, for the “non-return” of the P1-billion downpayment he paid to the network’s major shareholders as part of negotiations for the purchase of a participating minority equity interest in the company’s outstanding capital stock.

Both parties have reached a settlement after the Gozon group agreed to return the P1-billion.

Ang then submitted his affidavit of desistance before the DOJ.

“I filed the complaint-affidavit on the good faith belief that the respondents committed estafa/syndicated estafa in refusing to return my downpayment of Php 1-billion. However, after re-examining all the facts and attendant circumstances, including the subsequent return of the downpayment, I have come to the decision to withdraw the complaint-affidavit and voluntary desist from prosecuting this case,” Ang said.

“In view of the filing of the withdrawal of complaint by complainant, we resolve to dismiss the instant complaint,” the DOJ resolution stated.