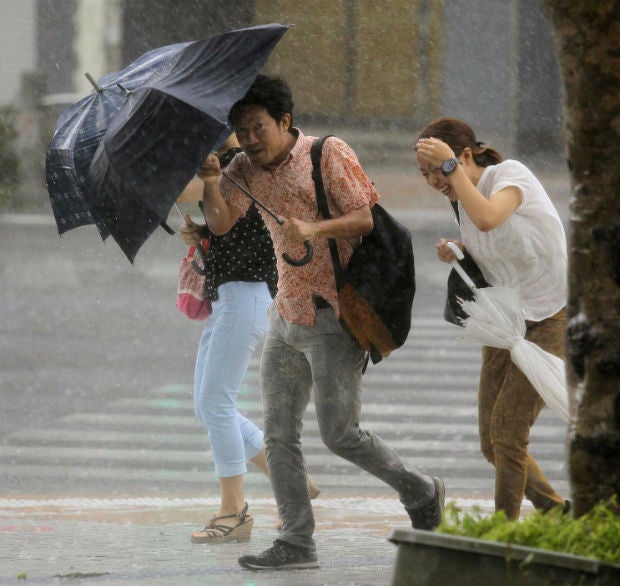 Typhoon Etau slammed into Japan on Wednesday causing injuries as torrential rain sparked landslides and flooding with more than half a million people advised to evacuate, including in suburban Tokyo.

Rail and air services were also disrupted after the storm, packing winds of up to 125 kilometres (78 miles) per hour, landed in central Aichi prefecture shortly after 10:00 am local time (0100 GMT).

Television footage showed cars sloshing through flooded streets and houses submerged, as pedestrians waded through water that reached their knees.

Some areas had power outages and parts of Tokyo saw flooding as authorities advised about 900,000 people in the capital and other parts of the country to leave their homes because of the risk of landslides, public broadcaster NHK reported.

Local media said more than a dozen people were injured, including a 77-year-old woman who broke her leg after falling in strong winds.

The typhoon also disrupted air traffic, with at least 35 flights cancelled by Japan Airlines, All Nippon Airways and other budget rivals, NHK said, while some rail services were delayed.

The storm moved out into the Sea of Japan (East Sea) by the end of the day.