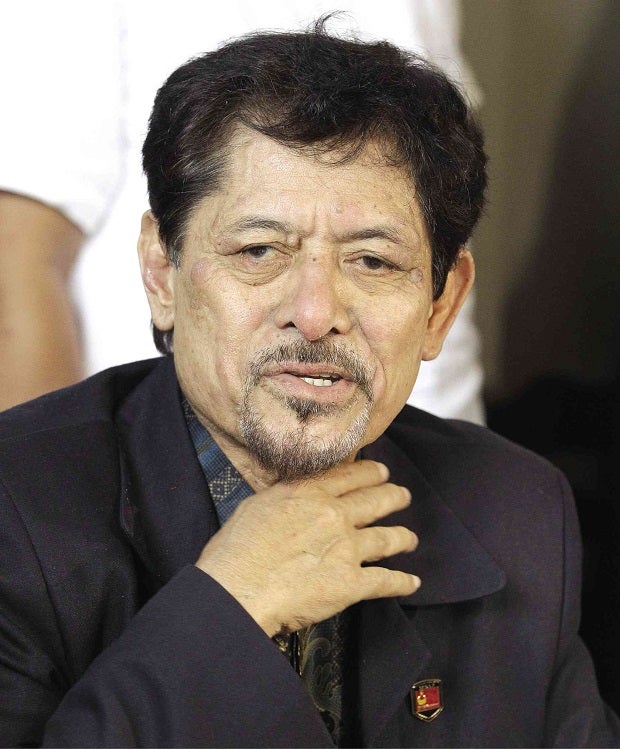 Two years after the deadly attacks of the armed followers of Moro National Liberation Front (MNLF), Nur Misuari, the alleged brains behind the three-week siege in Zamboanga City, remains at large.

Armed Forces of the Philippines (AFP) spokesperson Colonel Restituto Padilla said on Wednesday that Misuari continues to be around the Sulu and Tawi-Tawi area based on multi-agency intelligence operations.

“I’m not sure about the reasons why we are having a hard time locating him. Malamang, nandyan siya sa area na hawak niya lahat ng tao. (He is probably in the area where his people are.) The people could be hiding him and keeping him away. For all we know, he is not in the country; he may be out of the country,” he said.

The police is the lead unit tasked to find Misuari, but the AFP is ready to assist.

“It’s already a police case, but the AFP is on standby to support the police in serving any warrant of arrest,” he said.

Padilla said they are also seeking justice for the three-week siege which killed nine soldiers, five policemen, 11 civilians, and at least 100 MNLF rebels. Thousands were also displaced because of the fighting.

Misuari and his followers are facing rebellion charges because of the takeover.

“Who does not want justice to be served? Justice should be served, and we all work for that. That’s why the government is helping hand-in-hand. So, we are after justice because we lost men,” Padilla said.

“We commemorate this day in honor of the valiant men and women of the armed forces and police who died during the siege. That’s among the things that we commemorate today, yung sacrifices ng mga sundalo na namatay sa ating mga elite units (the sacrifices that the soldiers from the elite units made),” he said. JE