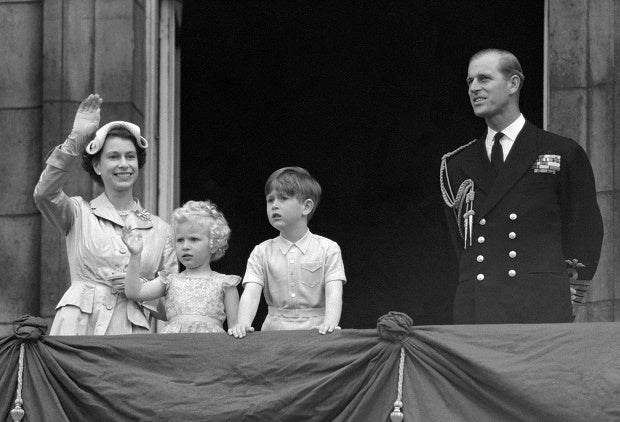 This is a May 15, 1954 file photo of of Prince Charles and Princess Anne with their parents, Queen Elizabeth II and Duke of Edinburgh, on the balcony of Buckingham Palace following their return from the Commonwealth tour. AP

She passes Queen Victoria, her great-great-grandmother, who was on the throne for 63 years and 7 months.

“Over the last 63 years, Her Majesty has been a rock of stability in a world of constant change and her selfless sense of service and duty has earned admiration not only in Britain, but right across the globe,” Cameron said.

“It is only right that today we should celebrate her extraordinary record, as well as the grace and dignity with which she serves our country.”

Buckingham Palace marked the event by releasing an official photograph of the queen taken by Mary McCartney, a photographer who is the daughter of former Beatle Paul McCartney.

Elizabeth came to the throne in 1952 upon the death of her father King George VI. She was touring a remote part of Kenya when news of her father’s death arrived.

Her official coronation came the following year and was one of the first major public events to be televised in Britain.

The 89-year-old monarch has cut back on her international travel and has lightened her work load somewhat, but she still carries out many royal duties.