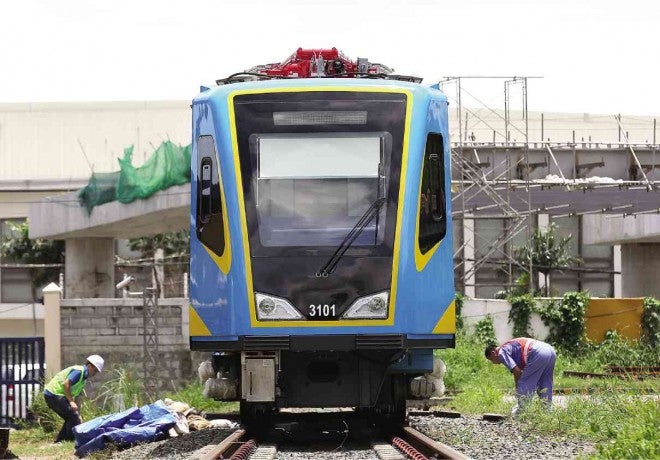 Harassed commuters on the Metro Rail Transit line plying Edsa will have Sen. Grace Poe watching their back, especially with the impending arrival of new train coaches from China.

Poe on Tuesday, with Sen. Nancy Binay, inspected the prototype of the new train cars at the MRT depot. While there, she also inspected the North Avenue station, including the restrooms.

She said one of the things she would be keeping an eye on is the safety of the thousands of commuters who use the trains daily.

“We will ask, what is the warranty on this [China trains]? Will the manufacturer stand by this in case there are defects? Problems arise in the long run due to maintenance,” Poe said.

Poe inspected the new coach manufactured by CNR Dalian Locomotive and Rolling Stock Co. in China in her position as chair of the Senate subcommittee on transportation.

She was joined by Binay and Elvira Medina of the National Center for Commuter Safety and Protection.

They checked out the coach body but not the engine as the prototype did not have one.

Binay observed that the train doors appeared to be too narrow, hampering passengers’ ingress and egress.

She said that in metro rail systems abroad, the doors were usually wider.

Medina, for her part, asked for more details on the coaches, including technical specifications, so her group could have safety engineers take a look at them.