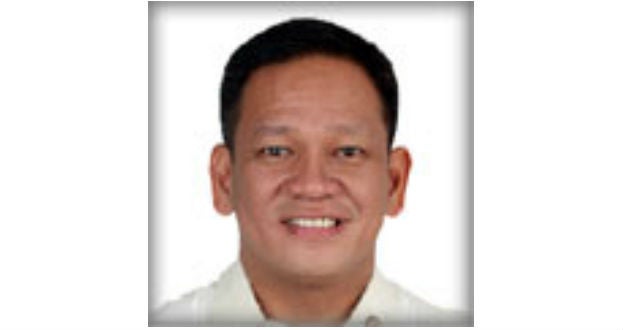 “Congressman Mel [Senen] Sarmiento. I have offered the job to him,” Aquino said during the Meet Inquirer Multimedia Forum on Tuesday when asked about Roxas’ replacement at the Department of Interior and Local Government (DILG).

Sarmiento, the secretary general of Liberal Party member, is Representative of the 1st district of Western Samar. He is a former mayor of Calbayog City.

“The transition is being worked out. So he is not thrown in the deep end right away,” Aquino said.

He added Sarmiento will also have to go through the Commission on Appointments for the formalization of his new post.

Roxas earlier resigned from the DILG after Aquino endorsed him as the Liberal Party’s presidential bet. However, Aquino said he asked the Secretary to keep his post to ensure smooth transition.

READ: Roxas bids goodbye but President says: Not yet / Palace insists delay in Roxas resignation due to ‘smooth transition’

Sarmiento said he is “ready to accept any new challenge to be able to serve our people better and advance the cause of good governance and Daang Matuwid.”

He said he was grateful for Aquino’s decision and the opportunity to continue reforms in the DILG.

“Replacing Secretary Mar Roxas to head a very complex institution like the Department of the Interior and Local Government is definitely a colossal task but with our people’s prayers and support, I am confident I would be able to effectively carry out the mandate of my new assignment,” he said.

“We will remain steadfast in our fight against corruption. We will continue to uphold the high standards of the institution in public service and guarantee that the national police and the entire uniformed service under the DILG will be neutral in ensuring a peaceful, honest and orderly election in 2016,” Sarmiento added.

Eastern Samar Representative Ben Evardone, another LP stalwart and close ally of the President, said Sarmiento “is very much qualified for the post.”

He said he was glad that Region VIII will be represented in the President’s Cabinet.

Iloilo Representative Jerry Treñas also lauded Sarmiento as “highly qualified” and as a “solid asset to the administration.”

“He (Sarmiento) has the experience and deep knowledge in local government which is required as Secretary of the DILG,”  Treñas said.

Davao City Representative Karlo Alexei Nograles said he supports the President’s decision despite not being an LP member.

“I know him (Sarmiento) as someone who is level-headed, hardworking and highly principled. He is the best man for the job,” Nograles said.

Sarmiento first entered politics in 1992 when he won as vice mayor of Calbayog. He lost the mayoral race in 1995 and opted to work as a director of the Rural Bank of Calbayog City from 1996 to 2001.

He won as mayor in 2001 and served for three terms. Within those nine years, he received several awards including the Konrad Adenauer Medal of Excellence in 2006 for making Calbayog a highly performing city and first place in the League of Cities Best Practices Award in 2003.

Sarmiento is also a member of the Parliamentarians Advisory Group of the United Nations Office for Disaster Risk Reduction.

Kristine Angeli Sabillo, with a report from Inquirer Research/TVJ

No ‘party position’ on Cha-Cha

Allies: Oust-Aquino groups can only gather few people to fill a small gym