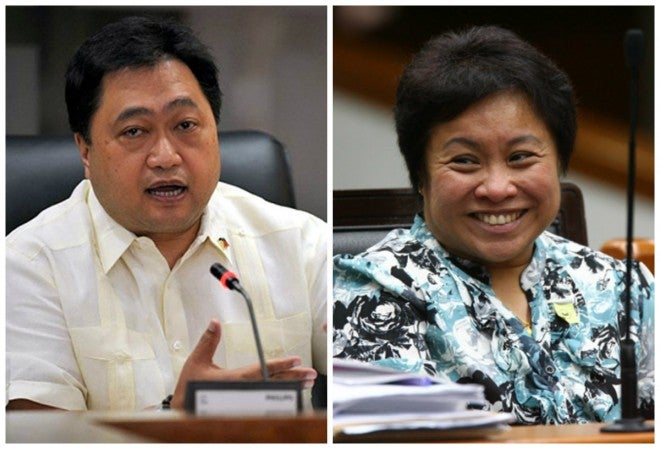 A lawmaker proposing a bill seeking to lower income tax rate for Filipinos has identified two personalities who are said to be derailing the passage of the proposed law.

In an interview which aired over radio dzBB on Sunday, House committee on ways and means chair and Marikina City Rep. Romero Federico “Miro” S. Quimbo said that Bureau of Internal Revenue Commissioner Kim Henares and Finance Secretary Cesar Purisima are the ones who are opposing the bill.

Quimbo said that he does not understand why the said government officials favor implementing the status quo on taxes.

“I believe that Sec. Purisima and Commissioner Kim (Henares) are the only ones who oppose the bill. I don’t know why they favor the status quo. Status quo is not working. They are not reaching their target. They have never reached their target and yet our salary wage earners continue to pay their income taxes in full,” Quimbo said.

The lawmaker hopes that the bill he authored, House Bill No. 4829 or the Tax Reform for Inclusive Growth (TRIGR), will hurdle the committee level in the coming weeks before the House adjourns its session on October 10.

HB 4289 proposes reforms on income taxes being imposed on individuals and corporations. The bill wants to adjust current income tax brackets according to inflation and to simplify the tax structure to ease the burden of taxpayers.

On Saturday, Malacañang said that it is in favor of the status quo on taxes; meaning, the government will not lower income tax rates, but will not also increase the mandatory 12 percent value-added tax (VAT) on goods and services.

“No change in tax rates, and no new or higher taxes, and also no income tax cuts. Government will just focus on improving collection,” Communications Secretary Herminio Coloma Jr. said, citing a statement from Henares.

With this response from the Palace, Quimbo proposes that all sectors concerned should sit down and strike a compromise in favor of the taxpayers.