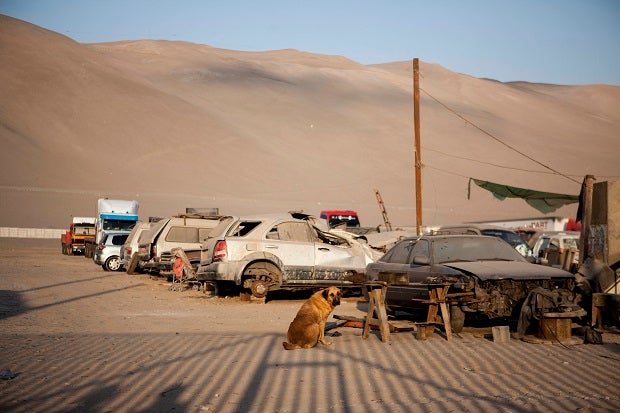 A dog named “Reina,” that according to authorities might have saved a 2-year-old boy by breastfeeding him, sits on the property where police say they rescued the malnourished toddler in Arica, Chile, Thursday, Sept. 3, 2015. Police Captain Diego Gajardo said the child was released from a local hospital on Friday, and is now under the care of the state. The neighbor who reported the situation said on state television that the boy’s parents were “dead drunk.” AP

SANTIAGO, Chile — Chilean police say they have rescued a malnourished 2-year-old boy found being breastfed by a neighbor’s dog.

The national police says a witness spotted the dog feeding the boy Thursday at a mechanic’s workshop on Thursday in the desert port of Arica, some 1,240 miles (2,000 kilometers) north of the capital, Santiago. Police say they confirmed that.

Capt. Diego Gajardo tells The Associated Press that the child was released from a hospital Friday is under the care of child welfare authorities.

Gajardo says the mother showed up at the hospital drunk, but she has not been arrested because there was not physical harm to the child.

A family court hearing on Sept. 22 will determine who cares for the child.