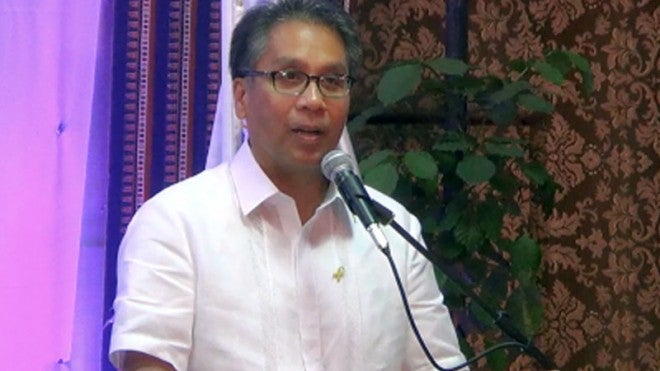 DIPOLOG CITY, Philippines—There’s still plenty of time to choose and name his running mate, according to Interior Secretary Mar Roxas, the presidential standard-bearer of the ruling Liberal Party.

He noted that the filing of candidacy certificates ends on Oct. 12, which is about six weeks away.

“But we will arrive there and when we do, ours will be a strong ticket,” said Roxas, who was here for the 24th Mindanao Business Conference (Minbizcon).

“I am very confident that the ‘straight path’ will have a very strong ticket,” he added.

Asked if Sen. Grace Poe was still being considered as his running mate, Roxas was evasive.

He said what he was looking for was someone who supports the straight path.

Roxas’ presence here had nothing to do with the presidential elections, according to Minbizcon officials.

But along the stretch of General Luna St. where the venue of the conference was, Zamboanga del Norte Gov. Roberto Uy led some local businessmen, city and town leaders and ordinary people in welcoming Roxas as if he was already in the campaign.

Paul Gudmalin, president of the Dipolog Chamber of Commerce and Industry and codirector of the 24th Mindanao Business Conference, said Roxas was invited to keynote the closing ceremony not as one of the presidentiables but as interior secretary.