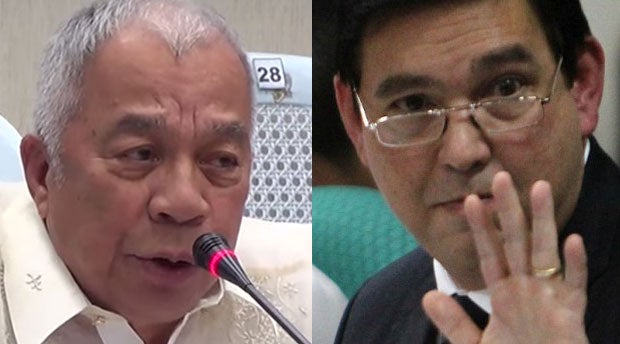 On Recto’s questioning, Customs Deputy Commissioner Agaton Uvero confirmed the increase— from P80,000 to P180,000 for containers that will come from the United States of America and Europe.

But even without the duties and taxes on the contents, Lina said, the taxes being imposed on a 40-foot container has already reached about P120,000.

Recto pointed out however that there was nothing in the law that says that a container coming from the two countries should be slapped with a P80,000 to P100,000 tax.

Apparently not satisfied by the answers he was getting from the custom officials, Recto called a freight forwarder present in the hearing room to confirm that the additional tax would be passed on to the OFWs.

(I know how much they are earning. The government is just asking for additional P80,000 or P100,000 if not lets open the books of freight forwarders if that’s what you want to do here. I am not asking for that from the balikbayan. I am asking for that here through an intermediary.)

“Because kung talagang magbubukas tayo ng box per box at ng duties and taxes, lalabas kung ano ang tunay nilang dapat bayaran. What is in the law is the law,” he added.

(Because if we’re going to open them box per box and [compute] duties and taxes, the real amount to be paid will come out.)

(The BIR will pursue them.)

(That’s why it’s the freight forwarder…they’re the ones who should pay not the balikbayan and the OFWs.)

(But they’re going to collect [taxes and duties] from [balikbayan, OFWs]. Don’t raise you voice here.)

Tempest over the balikbayan box