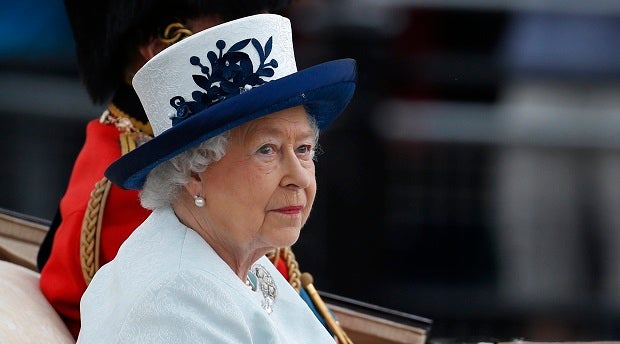 LONDON, United Kingdom—Queen Elizabeth II’s longevity has helped anchor Britain during an era of unprecedented change, but has also left the royal family an ageing institution.

The 89-year-old queen, who next week surpasses Queen Victoria to become the country’s longest-reigning monarch, shows no sign of abdicating, even if she has stepped back a little from public duties in favor of her 66-year-old son and heir Charles.

Charles’s son Prince William is second in line to the throne and his eldest son George third, followed by George’s little sister Charlotte—a strong dynasty that could continue for another century.

The queen’s landmark is cause for national celebration, the latest in the family’s series of feel-good stories in recent years, including two births, a showpiece wedding and a Diamond Jubilee.

Charlotte will be the first to benefit from a new law ending the age-old bias favoring male succession, meaning that she cannot be passed over in favor of any younger male siblings.

The legal change has helped bring the royals into the 21st Century, but there is still only a slim chance that she will ever wear the crown with so many before her in line for the crown.

If the queen lives as long as her mother, who died aged 101, Charles would be about 80 when he finally takes the throne—hardly the image of a young and vital monarchy.

“And if the Prince of Wales lives a long time, then William will also be quite elderly when he succeeds,” said Bob Morris, a constitutional expert at University College London.

“Without some policy and application, then we are going to be stuck with elderly monarchs for quite a long time.”

Buckingham Palace has emphasized that the queen’s longevity is a virtue, presenting her as a stabilizing influence and celebrating her Diamond Jubilee in lavish style in 2012.

There are few signs that she would consider quitting.

“I think only as a result of extreme illness of one kind or another,” Andrew Gimson, author of “Gimson’s Kings and Queens: Brief Lives of the Monarchs since 1066,” which came out in August, told AFP.

“I think even then, there would probably be a regency.”

However, he said the rise of Scottish nationalism that threatens the future of the United Kingdom will only have reinforced her desire to stay on.

Royal commentator Robert Jobson noted that Pope Benedict XVI and Spain’s Juan Carlos have both retired from what were previously thought to be lifetime roles.

“I don’t know if the queen will continue until the day she dies. I’m sure it’s her intention but we are in uncharted territory,” he said.

‘Not a popularity contest’

But he emphasized: “It won’t happen that he (Charles) is bypassed. It’s not a popularity contest, it’s not the X-Factor.”

“The bottom line is he is next in line to the throne and even if he should reign just for a few months, that will be the way that things will work.”

“The Prince of Wales knows exactly what’s required of him, should he become either prince regent or the king.”

For now, the queen continues to reign as always, although her schedule and that of her 94-year-old husband Prince Philip have been gradually eased.

She paid a state visit to Germany in June and will attend a Commonwealth summit in Malta in November, but Charles and his sons are increasingly taking on her official duties.

Many commentators predict a slow period of transition of power to Charles.

His advancing years may not prove to be a hindrance given Britain’s demographic make-up, said Gimson.

“The country on average is older, we’re all living longer, so it’s quite suitable to have an elderly and very experienced monarch who knows how things should be done,” he said.

But Charles’ approval ratings remain well below those of his mother and indeed his son.

A recent ComRes survey for the Daily Mail newspaper found that 79 percent of respondents liked William, compared to 77 percent for the queen and 53 percent for Charles.

Just 19 percent said they wanted to get rid of the monarchy, suggesting that for all the Windsors’ problems, a republican revolution looks a long way off.