HPG hopes to bring back order on Edsa 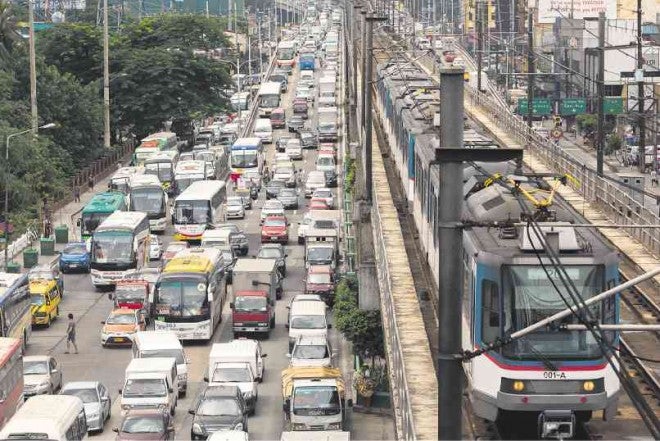 WILL motorists on Edsa behave with the return of armed traffic enforcers? The PNP-HPG hopes so. Inquirer file photo

Will the return of armed traffic enforcers bring back order to one of Metro Manila’s major thoroughfares?

“We want to restore discipline on Edsa and we feel that [to restore] that discipline, focused traffic law enforcement will play a very big part,” Philippine National Police chief Director General Ricardo Marquez said in an interview on Wednesday afternoon.

Although the Highway Patrol Group (HPG) used to man traffic on the busy road, the responsibility was turned over in 1995 to the Metropolitan Manila Development Authority (MMDA), PNP-HPG spokesperson Supt. Oliver Tanseco told reporters.

Marquez said that during Tuesday’s meeting in Malacañang after which President Aquino appointed the PNP-HPG the “lead traffic law enforcement agency on Edsa,” there was a consensus on the need to return to the time when motorists behaved because of the presence of police personnel.

PNP-HPG head Chief Supt Arnold Gunnacao, in another interview with reporters, said that lack of discipline among drivers was seen as one of the causes of traffic congestion on the major thoroughfare.

Marquez assured the public they have nothing to fear, saying their men would undergo retraining on shooting efficiency. “Let’s follow the law,” he advised motorists, adding: “If you want to better the traffic situation, we should all continue to contribute. Even without traffic officers on the street, we should be law-abiding citizens.”

Starting on Monday, the HPG will deploy 96 personnel who will be working in shifts on Edsa. But first, they will undergo a three-day training at the MMDA Institute of Traffic Management beginning Wednesday.

Gunnacao said an initial 60 HPG personnel would undergo training followed by another batch within the month. They would then need to pass a traffic management test so that they could be issued traffic violation receipts.

By Sunday, Gunnacao said their men would have a dry run on Edsa to test their traffic management skills.

“Hopefully, everything will be fine by Monday. We are also hoping for the cooperation of drivers so that we can put order in the traffic flow,” he added. With Maricar B. Brizuela