Jamias: Confrontation with Binay has nothing to do with promotion | Inquirer News
Close
menu
search

Jamias: Confrontation with Binay has nothing to do with promotion 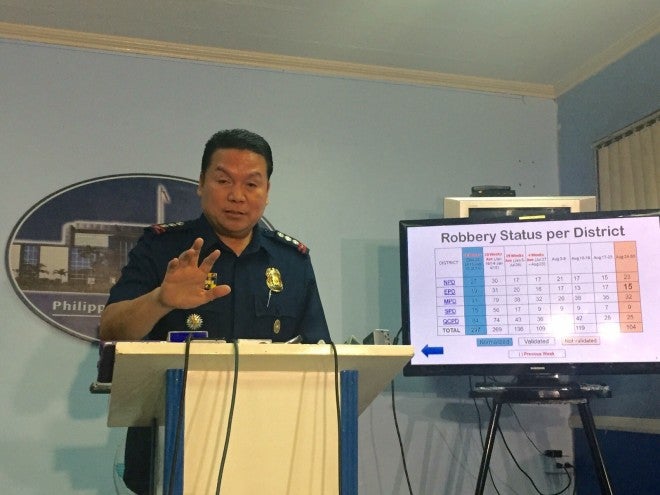 Few months after getting into a heated confrontation with Vice President Jejomar Binay, Senior Supt. Elmer Jamias was appointed top cop of the Eastern Police District. Did his promotion have anything to do with the incident?

“No. All my promotions were meritorious. I went up the ladder and I don’t think the incident has anything to with my promotion,” Jamias said in a press briefing on Wednesday.

During the two-day standoff in front of Makati City Hall last June 29, Binay confronted Jamias, then the ground commander from Southern Police District, when the police prevented the Vice President’s supporters from entering the city hall.

Binay’s son, Makati Mayor Jejomar Erwin “Junjun” Binay, holed up in his office at the Makati City Hall as he faced suspension over the allegedly anomalous construction of the Makati Science High School building.

Some police officers were also injured after the older Binay allegedly assaulted and threatened cops barricading the city hall.

After the incident, the Philippine National Police, led by then officer in charge Deputy Director General Leonardo Espina, stood behind its men and vowed to file criminal charges against the Vice President.

In August, Jamias was promoted to director of the Eastern Police District.

So what has he been doing since his encounter with Binay? “Just the same, dalawa lang patuntunan ko: Gagampanan ang tungkulin bilang pulis; ikalawa, ipapatupad ko ang batas,” Jamias said.

Jamias said the direct assault and grave threat he filed against Binay were still under review by the National Capital Region Police Office’s legal department. The PNP earlier said it would also file physical injury, direct assault on a person of authority, and oral defamation against Binay.

Jamias was confident that the criminal charges against Binay would prosper. “It depends on the justice system,” he said. “I think it would push through because I have so many witnesses, even you, media,” he added.

He also said he did not fear reprisal from Binay, who is one of the top contenders for presidency in the 2016 elections as shown in recent presidential polls.