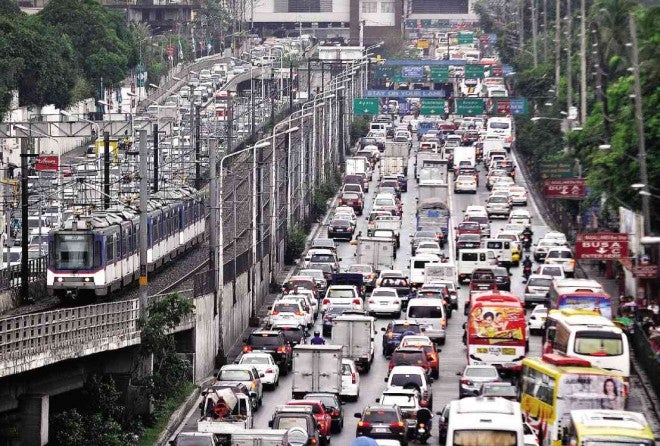 STRESSING the need to ease traffic congestion in Metro Manila, President Benigno Aquino III has named the Highway Patrol Group (HPG) of the Philippine National Police as the “lead traffic law enforcement agency” on the Epifanio de los Santos Avenue (Edsa), the busiest thoroughfare in the region, if not the entire country.

In a meeting at Malacañang, the President on Tuesday also directed traffic enforcers of the Metro Manila Development Authority (MMDA) and personnel of the Land Transportation Office (LTO) and Land Transportation Franchising and Regulatory Board (LTFRB) to support the HPG in enforcing traffic on the former Highway 54.

He also disclosed that “after the meeting presided over by the President, it was agreed upon that priority action will be taken to clear six major intersections that are considered traffic congestion “choke points” along Edsa.”

Coloma, also head of the Presidential Communications Operations Office, or PCOO, was referring to the following junctions:

-Guadalupe in Makati City; and

“Among the immediate action steps agreed upon were stricter enforcement of the bus lanes along Edsa; clearing of obstructions on the highway and alternate routes, and continuing consultations with bus and other public utility operators, truckers and other port stakeholders,” he told reporters.

During the meeting, Aquino “ordered the review and fine-tuning of action proposals on easing traffic congestion and the submission of detailed implementation plans that take into account the need for holistic solutions, unified action among concerned government agencies and heightened awareness to ensure citizen participation,” Coloma reported.

Tolentino will meet shortly with Metro Manila mayors for “continuing consultations” with local government units and other sectors on traffic-related issues, according to Coloma.

The Palace over the weekend said it was aware of the traffic jams in Metro Manila, some of which were so bad that travelers missed their scheduled flights at the Ninoy Aquino International Airport in Parañaque City.

Deputy presidential spokesperson Abigail Valte said over state-run Radyo ng Bayan that they received “reports that a big number of people were not able to make their flights.”

The bulk of the complaints came from motorists who were stuck for several hours at the South Superhighway and Villamor Air Base in Pasay City leading to the four Naia terminals.

Valte explained that there were ongoing infrastructure projects in these areas, including the construction of the Skyway Extension project.

She appealed anew for “everyone’s patience” as she also reiterated the appeal of airport authorities to adjust travelers’ times accordingly to give them ample time to get to the airport.

She added that the MMDA and the local governments “will continue to deploy traffic enforcers to help ease the heavy traffic.”

The past weeks have seen worsening traffic gridlock in the metropolis, particularly on Edsa and C-5 Road.

Malacañang has repeatedly apologized to the public for the traffic jams caused by road works as it asked both motorists and commuters to be more patient.