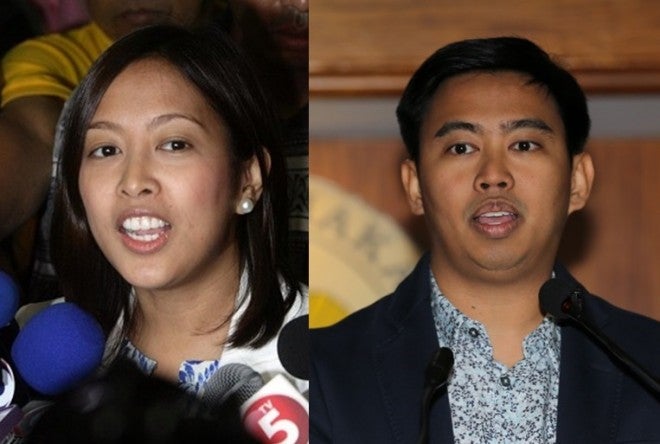 Lawyer Renato Bondal on Tuesday filed before the Ombudsman charges of malversation of public funds against the two children of Vice President Jejomar Binay.

Bondal filed a complaint against Makati City Rep. Marilen Abigail Binay over the alleged misuse of her Priority Development Assistance Fund (PDAF) coursed through the city of Makati during the term of suspended Mayor Jejomar Erwin “Junjun” Binay.

Bondal said both NGOs were found to be “dubious and fraudulent” belonging to “the Godofredo Roque group with similar modus operandi with that of the now infamous Napoles NGOs.”

Bondal said he included suspended Mayor Binay in the complaint since Makati City was the implementing agency for his sister’s pork barrel funds.

Bondal also questioned the medical assistance worth P895,020 given by the Makati City government from Rep. Binay’s PDAF to Ryan Barcelo, former head of the Makati Social Welfare Department (MSWD).

During a senate hearing, it was revealed that 15 checks were released directly to the name of Barcelo and not to his office.

Also included in the complaint was Commission on Audit (COA) auditor to Makati City Cecilia Cag-anan for failure to “safeguard the use of public funds.”

Bondal said rules for public bidding were not followed in awarding of the funds to the “fake” NGOs. Nestor Corrales/JE