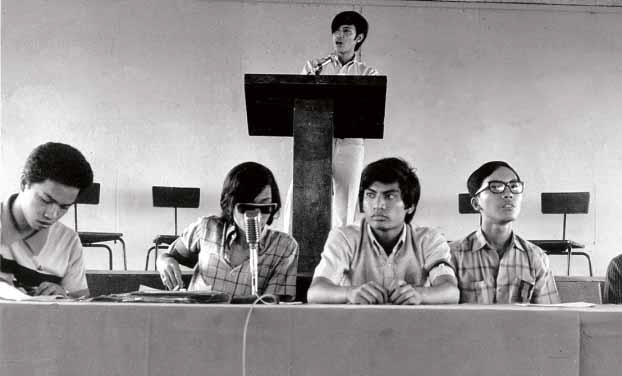 STUDENT leader Jan Quimpo is seated second from right in this photo taken at the National Press Club in Manila.He disappeared in 1977. He was 23. PHOTO COURTESY OF THE LOPEZ MEMORIAL MUSEUM COLLECTION

Liliosa Hilao, who died at the age of 23, was the first reported case of a student activist who died in detention during martial law.

Her asthma may have prevented Lilli—as friends called her—from joining rallies but she found other ways to express her conviction.

A consistent honor student in elementary and high school, she studied communication arts at Pamantasan ng Lungsod ng Maynila (PLM), where she became an editor at PLM’s school paper, “Hasik.”

An active student despite being sickly, Lilli was a leader, the student president of the communication arts department and a representative to PLM’s student central government.

A secretary of the Women’s Club of Pamantasan, Lilli organized the Communication Arts Club in PLM. She was also a member of the College Editors Guild of the Philippines.

Death came for Lilli in April 1973 when she was abducted by drunken soldiers looking for her brother. Troopers from the Constabulary Anti-Narcotics Unit (Canu) raided the family’s house and Lilli demanded a search warrant. In response, the soldiers slapped her.

She was later handcuffed and taken in for questioning. When a brother-in-law came to see her at the camp, her face was swollen. She said she was tortured.

The following day, Lilli was dead.

According to an official Canu report, Lilli committed suicide by drinking muriatic acid. But postmortem findings showed she was tortured.

Her face was severely swollen. Her lips bore cigarette burns. She had 11 injection marks in her arms and deep handcuff marks on her wrists. Her torso was badly bruised with finger marks and gun-barrel marks. It was also possible she was sexually abused.

Another young activist, Jan Quimpo, was at the Hilao residence when soldiers from Canu abducted him, along with Lilli and two other Philippine Science High School (PSHS) students.

Jan, along with his brother Ishmael “Jun” Quimpo, was exposed to student demonstrations that marked the turbulent days of the early 1970s after their family moved near Manila’s university belt.

Jan, the first activist of the family, was described as a mild-mannered boy with an occasional rebellious streak. He was 13 when he was awarded a scholarship at PSHS.

After being exposed to rundown facilities, late monthly stipends and substandard living conditions in what was supposed to be a highly regarded institution, he joined his fellow scholars in protesting their poor conditions.

When the student protests in Metro Manila against the abuses of the Marcos administration escalated in 1970, several PSHS students, including Jan, joined the rallies. They forged alliances with college activists from the University of the Philippines (UP), particularly Kabataang Makabayan (KM).

Jan’s ambition changed to being a “kadre,” or someone dedicated to serving the masses in a revolutionary way. He started spending time with squatter families, eking out a living mostly by quarrying adobe blocks.

In 1971, an increase in gas prices triggered widespread demonstrations by students and transport workers. In UP Diliman, a student was shot dead at a student barricade. 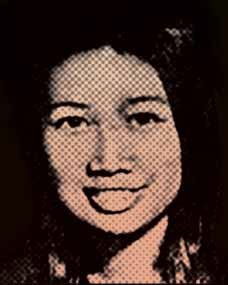 FIRST MARTYR Liliosa Hilao was the first student leader to die while in detention during the martial law
regime of Ferdinand Marcos. Aged 23, Hilao was allegedly tortured after she was abducted by
Constabulary troopers in 1973. PHOTOS COURTESY OF THE LOPEZ MEMORIAL MUSEUM COLLECTION

Students responded by blockading the university gates from police and soldiers, triggering the putting up of what was called the Diliman Commune. Jan, a high school senior at PSHS at that time, took part in that event.

Within PSHS, students held daily protests and walked out of their classes. The faculty could not find enough students to fill the classrooms. Eventually, school officials simply allowed the two most senior batches to graduate. Jan was among them.

While Jan passed the entrance exams for college at UP Diliman, he went to school not to attend classes but to meet fellow activists and recruit others. Soon, he dropped out and worked full-time as an activist.

Packing his bags, he left home and lived at the KM headquarters.

On April 4, 1973, Jan was at the house of schoolmate Marie Hilao when a group of antinarcotics troopers came demanding to see Marie’s brother, who was also an activist. Failing to find their target, they took Jan, two other PSHS students and two of Marie’s sisters.

All were subjected to physical and psychological torture. Marie’s sister Lilli died as a result.

After Lilli’s death, the torture sessions ceased. Jan was moved to a detention cell and, three months later, was released.

In October 1977, Constabulary troopers raided the Quimpo house looking for Jan’s brother Jun, who was out at the time. The troopers left without arresting anyone.

Two weeks later, Jan left home, saying he was coming back for dinner. He never returned. All attempts by the family to find him failed. 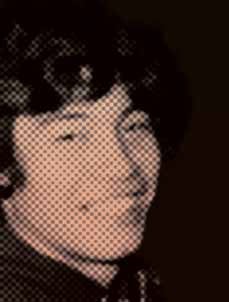 YOUTH activist Jun Quimpo is shown in this photo which appeared in the San Beda College high school yearbook of 1974. He was shot in the back in 1981 by a former comrade who had surrendered to the authorities.

They received reports that Jan was seen in several public places, curiously turning away if a friend tried to approach him. The conclusion they made was that he had been arrested and was likely being used to trace other activists.

But these reports stopped coming in not long after. Jan was never seen again. He was 23.

Jan’s brother Jun is remembered by friends and family as a talented college dropout who chose to work for the poor and devote his life to the cause of the downtrodden.

Only 13 when the First Quarter Storm erupted, Jun was caught in the spirit of his time. He wanted to participate, and felt he was spoiled by his easy life.

In 1971, 14-year-old Jun joined the KM chapter in San Beda and participated in rallies.

When martial law was declared, Jun was enrolled at UP Diliman. He joined the youth committee of the Consultative Committee on Student Affairs—an alternative to the Marcos-banned student councils.

But Jun was more interested in community work. His first community exposure was at Constitution Hills in Quezon City, then a relocation area for squatters. It is now the site of the House of Representatives.

He also became a member of Alyansa ng Maralita sa Tatalon, a big slum community in Quezon City, where he continued his organizing work, engaging residents in political discussions and urging them to step out of their idleness, hopelessness, and beer-drinking sprees, and take responsibility for their future.

It was during this time that Jun began writing songs, through which he expressed his views and dreams.

At first, he would take existing protest songs and change their lyrics, like those for the Sanggunian, a song composed in 1975 which advocated the restoration of the student councils under martial law.

With a guitar, he would sing for hours, inspiring people and making them feel strong.

After Jun was arrested and detained for 10 days in 1976 for participating in a rally of 5,000 informal settlers in front of Manila Cathedral, he decided to leave the city, give up college and join the antimartial law underground movement in the rural areas, where he worked for the next five years.

In December 1981, in Kalasitan, Muñoz, Nueva Ecija province, Jun was having a meal when someone shot him from the back several times.

A certain Juan Simon, Jun’s former comrade who had surrendered to the Constabulary, admitted responsibility for the slaying. Jun was 24 years old.

Jun’s family came up with a collection of his songs, “Ang Awit ni Jun (The Songs of Jun),” in his honor and memory. Marielle Medina and Kate Pedroso, Inquirer Research