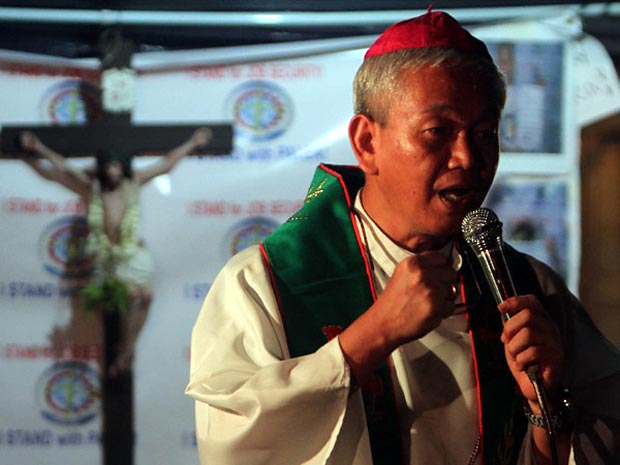 Manila Auxiliary Bishop Broderick Pabillo has called on the people to vote for new faces, and not the traditional politicians (“trapos”), in 2016 polls.

He also urged Filipinos not to vote into office political aspirants who are engaged in premature campaigning by appearing on television, billboards and various other media on the pretext of endorsing commercial products or pushing personal advocacies.

Pabillo, chair of the Catholic Bishops’ Conference of the Philippines-Episcopal Commission on Public Affairs, said the public should refrain from electing traditional politicians who have nothing new to offer to the people.

“Let’s try to vote for new names,” Pabillo said as he also encouraged ordinary people who think they are capable of becoming leaders in their community to run for public office even if they do not have much funds for the campaign.

“Let’s look for the not-your-usual politicians. That’s why we invite people to run, those who have not been into politics before. The usual names and faces we see are “trapos.” We would not get anything new from them,” he said in an interview over Church-run Radio Veritas.

“I hope other Filipinos will be heroic. Run for public office if they think they are capable. They may not be rich and they might not have the money but if they are ready to serve, the people will have a choice. That’s my appeal to voters, let’s vote for new faces,” Pabillo added.

He also said that spending for political advertisements even before the campaign period official starts should be considered “negative points” against politicians.

He said politicians who overspend would likely resort to corruption if they win because of the need to recover what they spent.