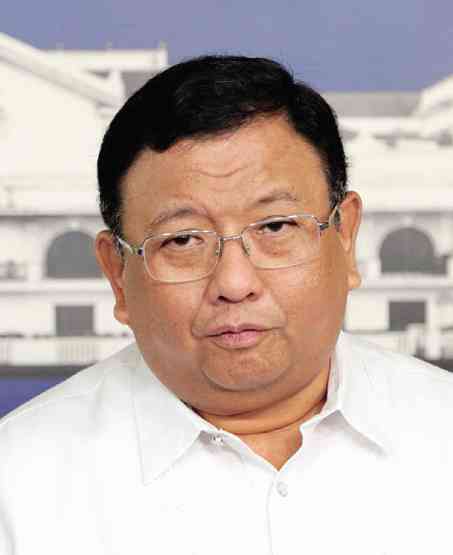 AS METRO Manila’s road congestion gets worse by the day, an urgent call from the private sector wants somebody high enough to work on the problem with the big picture in mind and the power to mobilize all the concerned agencies.

In short, a so-called “Traffic Czar.” And one business group is a recommending a Palace official for the job.

The Management Association of the Philippines (MAP) has asked Malacañang to make Cabinet Secretary Jose Rene Almendras the person in charge of “all matters related to or affecting traffic and road management, including the implementation of necessary road engineering refinements, on all national roads in Metro Manila.”

The suggestion was made Friday in a MAP statement that also proposed several traffic-alleviation measures for the capital, including the activation of “specially trained” members of the Philippine National Police-Highway Patrol Group “to impose order on the chaotic traffic through strict enforcement of traffic rules and regulations.”

“As Cabinet secretary, he (Almendras) can mobilize different agencies and departments. His qualifications and integrity are impeccable,” MAP president Francisco del Rosario Jr. added in a text message to the Inquirer.

“His experience with the Ayala group will also help because of the company’s expertise in traffic management in Makati,” he added.

Almendras earlier served the Aquino administration as energy secretary. Prior to entering government service, he was the president of Manila Water, a utility firm under the Ayala group. He was the treasurer of Aboitiz & Co. before joining Ayala.

MAP is a 65-year-old organization whose 768 members represent a cross-section of CEOs, COOs and other top management practitioners from the largest local and multinational companies in the country. It also counts top management educators and some government officials as members.

“[MAP] is aware that a large segment of the metropolitan population, various sectors of society and the economy are reeling from the adverse effects of these urban problems,” the group added.

Metro Manila is losing P2.4 billion in potential income daily due to monstrous traffic jams, a figure that could swell to P6 billion a day by 2030 if conditions don’t improve, according to estimates by the Japan International Cooperation Agency.

“We hereby respectfully urge President Aquino, together with the bureaucracy at the national and local levels in Metro Manila, with great urgency and resolution, to take the strongest possible measures to immediately and squarely address these urban problems,” the group added.

In MAP’s view, the traffic czar should be empowered to “deputize, utilize, coordinate and, when necessary, prevail over” agencies concerned with traffic management, vehicle registration and land use.

“The severe traffic and transportation problems are not without solutions but they will require immediate, firm and resolute action from the national leadership. The status quo is not acceptable. Inaction is not an option,” the group added.

Reached for comment, Secretary Herminio Coloma maintained that the concerned government agencies were already working on the capital’s traffic problems. “It would be better to give them the chance to implement the necessary action.”

Almendras, he said, had already received a directive from President Aquino to consult with different stakeholder groups and was also collating the proposals from concerned agencies. With Leila B. Salaverria