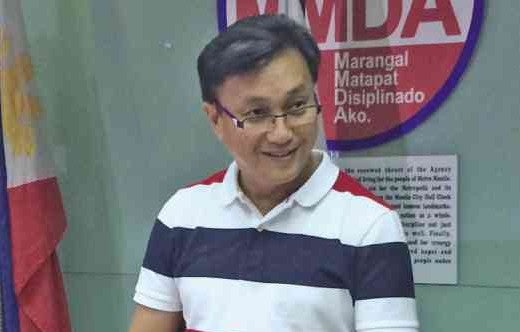 MMDA Chair Francis Tolentino on Monday said “there is no announcement yet for my candidacy.” INQUIRER PHOTO

Malacañang on Tuesday defended officials of the executive department who were spotted accompanying Liberal Party standard-bearer and Interior Secretary Manuel “Mar” Roxas II in his rounds in the province.

De Lima, who is considering running for Senate, said she would finalize her plans for the 2016 elections on her birthday on Aug. 27.

Communications Secretary Herminio Coloma Jr., during a televised press briefing, said Cabinet members served as the alter ego of the President and their attendance to Aquino’s events was justified.

Aquino was also in Cebu on Monday to inspect two infrastructure projects.

Coloma also said the executive’s agencies had field offices in provinces that Cabinet members could visit.

Coloma said his fellow Cabinet members would also find it useful to meet with stakeholder groups.

“Ang batayang prinsipyo na sinusunod ay dapat ay ginagampanan ‘yung kanilang tungkulin at sa aking palagay ay sumusunod naman sila sa prinsipyong ito (The basic principle that should be followed is that they should be doing their job and in my opinion they are following this principle),” he explained.

He said even the advertisements of Garin and PhilHealth Director Risa Hontiveros, who ran for the Senate and lost, were part of their official function.