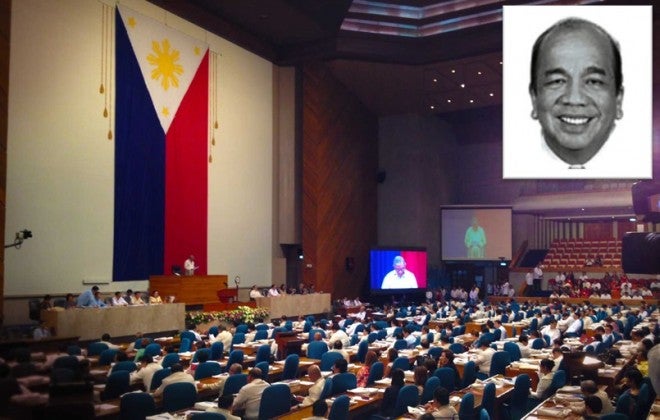 An administration solon scored his colleagues for being absent in the plenary and proposed to expel their members who failed to fulfill their duties as lawmakers.

In a press briefing Tuesday, Cavite Rep. Elpidio Barzaga said the House of Representatives under the 1987 Constitution may enact its own rules to penalize their members.

“Under the Constitution, we have the power to discipline our members including imposing reprimand, suspension, and even expulsion,” Barzaga said.

He said if quorum woes are not resolved, he would be compelled to ask the Committee on Rules to “enact rules and regulations dealing squarely with the issue of absenteeism.”

The lower chamber was only able to meet a quorum at least three times in the past three weeks since President Benigno Aquino III opened the third regular session with his State of the Nation Address.

Barzaga said if the failure to meet a quorum keeps up, Congress would not be able to pass pertinent legislation, such as the national budget or the proposed General Appropriations Act, and the Malacañang-backed proposed Bangsamoro basic law (BBL).

As of now, Congress does not have its own rules to discipline his colleagues, Barzaga said. But it may promulgate its own rules under the Constitution which would not be questioned even by the Supreme Court.

“Ang sinasabi ng Korte Suprema, in so far as the promulgation of rules and regulations is concerned, that is a political question which the Supreme Court will not interfere,” Barzaga said.

He said his colleagues who continue to be absent amid possible disciplinary action should be judged by his or her constituents come election time.

“The final punishment will be coming from the people in the May 2016 elections,” Barzaga said.

The congressman from the National Unity Party was also asked if these rules should be applied even to absentee lawmakers, primarily boxing champion and Sarangani Rep. Manny Pacquiao, who has been an absentee since he assumed office in 2010.

Barzaga said the rules should have exemptions, but these should be properly threshed out by the House leadership.

“Our primary duty is lawmaking. That is the provision under the Constitution. We have to enact laws, attend committee hearings, and attend investigations in aid of legislation,” Barzaga said.

Speaker Feliciano Belmonte Jr., in urging solons to attend, chose to reward performing lawmakers with “estrellas” or stars instead of baring the list of absent solons in a shame campaign.

Cagayan De Oro Rep. Rufus Rodriguez has also scolded his colleagues for failing to fulfill their duty to attend plenary sessions for which they are being paid as representatives.

Rodriguez, the main sponsor of the BBL, urged his colleagues who oppose the bill to face the plenary debates instead of resorting to absenteeism to delay the bill.

He said plenary debate need to move forward to meet the deadline of passing the BBL by mid-September.