Rice production improves, but PH not yet 100% self-sufficient–DA 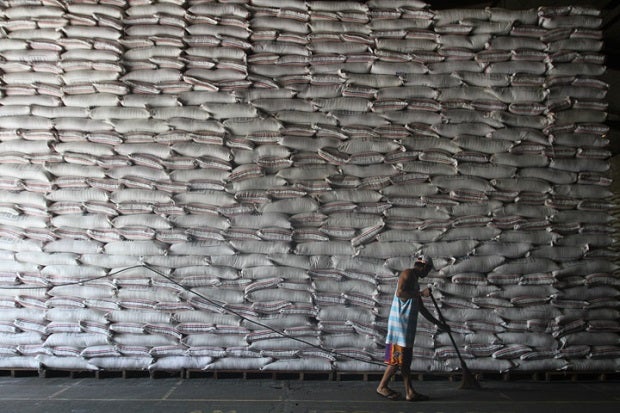 Agriculture Secretary Proceso Alcala on Tuesday boasted before lawmakers that the country posted the highest production growth of rice from 2010 to 2014.

But the country still needs to import rice as it fell short of achieving the 100 percent rice self-sufficiency rate, Alcala said before the House appropriations committee deliberations over the Department of Agriculture (DA) budget.

Citing the August 2015 figures of the US Department of Agriculture World Production, Markets and Trade report, Alcala said the country posted the fastest production growth among the rice producers in the world at 4.02 percent average growth from 2010 to 2014.

He said the Philippines bested India with 2.97 percent, Vietnam with 2.35 percent, and China with 1.14 percent.

The country also achieved a “historical best” of 18.97 million metric tons of palay production and four metric tons per hectare yield in 2014.

Alcala said the country has achieved 96 percent rice self-sufficiency rate in 2014, up from 82 percent in 2010.

This means the country still needs to import the remaining four to five percent deficiency on top of the excess rice stocks which would serve as buffer, Alcala said.

Hicap questioned the need to import rice when the country can use its own resources to produce rice.

(Importation does not strengthen the economy. It kills the country’s local economy and the livelihood of the farmers.)

Alcala said it is easier said than done for the country to produce its own rice than import it amid the average 20 typhoons which hit the country every year.

(The dream to become 100 percent self-sufficient in rice continues. The performance of the department is not embarrassing.)

The department is targeting 20.09 million metric tons production and 4.08 metric tons per hectare yield in 2016.

For 2016, the DA has a proposed budget of P53.39 billion, or 2.6 percent higher than the approved 2015 budget in the General Appropriations Act.