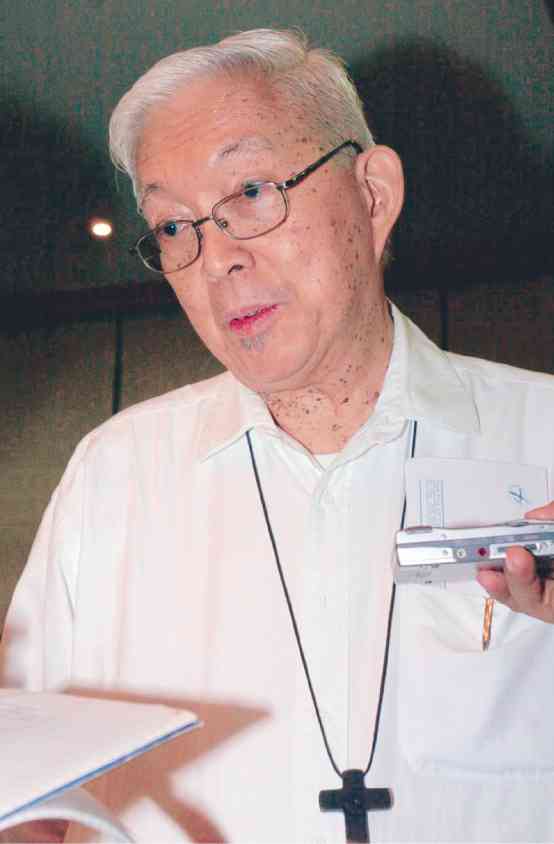 Manila, Philippines—An 83-year-old Catholic cardinal in the Philippines came to the rescue of thousands of stranded motorists over the weekend after single-handedly untangling a traffic jam in Manila during a typhoon.

Gaudencio Rosales took matters into his own hands on Sunday as he traversed a typhoon-lashed Philippine highway on the outskirts of the capital to help settle a traffic dispute.

“We were trapped for over an hour and we were rushing to another engagement. I said to myself: ‘we cannot take this anymore,'” the retired Manila cardinal told AFP on Tuesday.

With no traffic policemen in sight amid the onslaught of Typhoon Goni, Rosales said he zipped up his raincoat and walked nearly a kilometer to find out what was causing the 1.6-km (mile) long snarl, the likes of which have become a daily misery for Filipinos.

“We’re all in a hurry,” he said to the erring motorists, after discovering six cars fighting over two lanes in Santo Tomas town on Manila’s outskirts.

As his boots filled up with rainwater, the hooded old man used hand signals to force the vehicles to back up, freeing up the jam.

The rain later let up to reveal a giant crucifix peeking out of his jacket. The chastened motorists then got out of their vehicles to kiss his ring.

“They were very apologetic,” Rosales said of the culprits.

About 80 percent of the Philippines’ 100 million strong population are Roman Catholic, who are considered among the world’s most devout. Last January, six million attended Pope Francis’ rain-soaked Manila mass.

Traffic jams in the Philippine capital of 12 million have worsened in recent months, as the government rushed to build elevated tollways to accommodate the growing number of vehicles acquired amid a booming economy.

Rosales, who is one of the four cardinals in the country, said he endured his share of hours-long traffic jams during his eight-year term as archbishop of Manila beginning in 2003.

But for as long as the gridlocks are there, Rosales said he would serve as a make-do traffic cop given the chance.

“Next time, I’ll be sure to bring a whistle,” he said laughing.