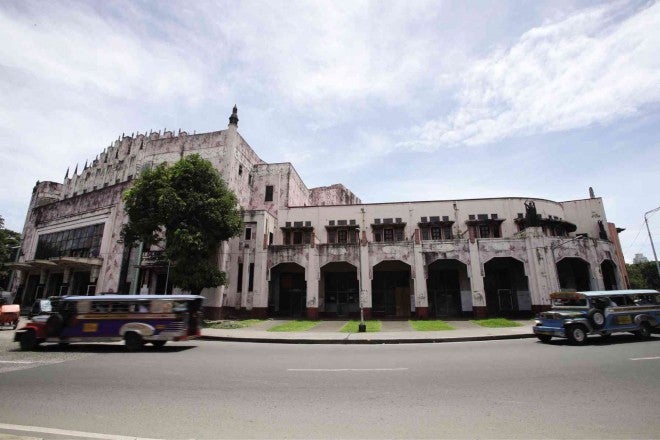 HIGH PRICE OF OLD GLORY An initial budget of close to P10 million has been earmarked just to clean and set up security measures at the 85-year-old venue once dubbed “The Grand Dame ” of Philippine theater. EDWIN BACASMAS

To jump-start the rehabilitation of the Manila Metropolitan Theater, the national government has released P9.48 million for the initial conservation work on the 85-year-old Art Deco structure.

The Department of Budget and Management (DBM) on Sunday said the fresh funding followed the P270 million earlier given to the National Commission for Culture and the Arts (NCCA), which allowed the latter to purchase the Met from the Government Service Insurance System (GSIS) in May.

The latest fund release would be spent for the cleanup of the decaying venue and the setup of security measures, the DBM said.

“The Aquino administration made the first step in purchasing this iconic landmark from GSIS, and now the NCCA can begin the worthy task of restoring the Met to its former glory. Ultimately, funding the Met’s rehabilitation will not only preserve a piece of history from our country’s storied past. It is also a cultural investment for future generations of Filipinos,” Budget Secretary Butch Abad said in a statement.

“Rehabilitating the Met will restore dignity to the ‘crown jewel of Manila theaters’ after years of neglect and disrepair. Bringing the Met into the modern age will also boost our country’s tourism industry, as the proper management of our cultural heritage will support the gains of our economic growth,” Abad said.

The earlier P270-million fund release would facilitate the creation of a conservation program for the Met to transform it into a performing arts hub as well as a tourist attraction, he said.

Constructed in 1930 at the corner of Padre Burgos Avenue and Arroceros Street in Manila, the 1,600-seat theater was considered the premier performance venue for the elite during its early years.

The theater was designed by architect Juan Arellano, who was also the designer of the Manila Central Post Office Building as well as the Old Legislative Building, which now serves as the National Museum.

After suffering damage during World War II, the Met went into several transformations as a boxing arena, a cheap motel, a garage and a warehouse. At one point, it became a refuge for up to 50 homeless families.

In the 1970s, then First Lady Imelda Marcos had the theater rebuilt but it again fell into neglect after the 1986 Edsa Revolution. It was briefly reused for pop shows and was again closed in 1996 due to an ownership dispute between the GSIS and the Manila city government. 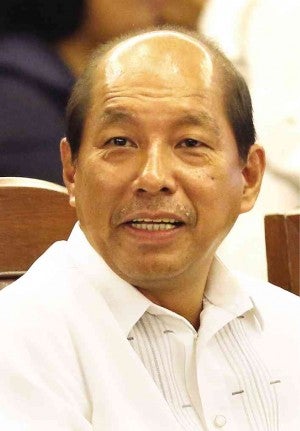 Last year, Mayor Joseph Estrada expressed his intention to buy it back from the GSIS. City Hall later offered to pay P267 million.

But the NCCA, exercising its right to fend off buyers of national cultural treasures, intervened and matched the city government’s offer. For the purchase, the agency drew P270 million from the National Endowment Fund for Culture and the Arts (Nefca), as authorized by Abad.

Securing the titles to the property in June, NCCA Chair Felipe de Leon said a revived Met could serve as the “people’s theater” or venue for free or affordable, mass-appealing shows. It could therefore “complement” the Cultural Center of the Philippines which hosts many high-end performances, he added.

De Leon also said the restoration work may take two years. Once reopened, the theater may also house an institute of performing arts and be used by students, particularly from the city-run Pamantasan ng Lungsod ng Maynila and Universidad de Manila.

Abad on Sunday said the fresh release of P9.48 million would also be charged against the Nefca, which the DBM is treating as an automatic appropriation.

A tenth of the travel tax being collected by the Tourism Infrastructure and Enterprise Zone Authority goes to Nefca, he added.–Ben O. de Vera