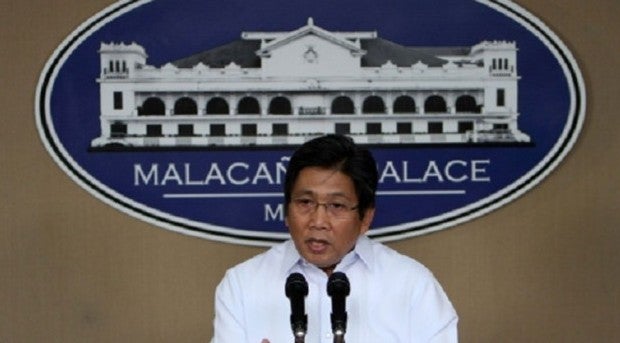 After the Supreme Courted granted temporary liberty to Senator Juan Ponce Enrile, a Palace official on Tuesday said the administration would remain steadfast in its campaign to curb corruption in the government.

“Government is determined to pursue its anti-corruption campaign in a sustained manner. This steadfast commitment is not dependent on the outcome of any particular case,” Communications Secretary Herminio Coloma said in a statement.

Coloma added it would be up to the Office of the Ombudsman to take “necessary action” on the SC decision.

“We shall leave it up to the Office of the Ombudsman as an independent and separate body of the government, to undertake the necessary action with regards to the High Court’s decision,” he said.

In an 8-4 vote, the high court on Tuesday granted Enrile’s motion to reverse the Sandiganbayan Third Division’s ruling denying his bail plea. The bail is set for P1 million.

Enrile, who is currently under hospital arrest at the Philippine National Police General Hospital, is one of the three senators accused of plunder in connection with the pork barrel scam. Co-accused senators Jinggoy Estrada and Ramon “Bong” Revilla Jr. are detained at the PNP custodial center. Yuji Vincent Gonzales/JE