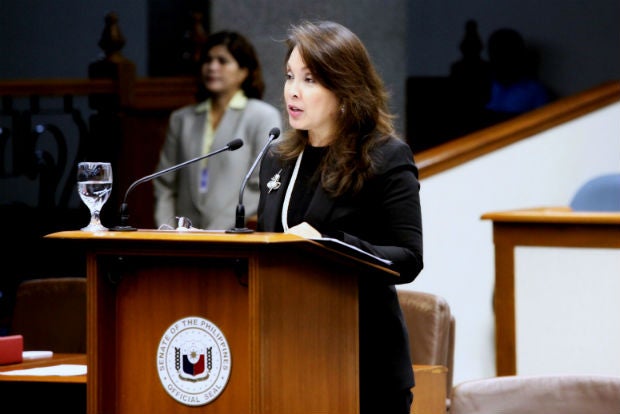 Senator Loren Legarda urged the government on Tuesday to brace for the El Niño phenomenon, which is expected in the remaining months of the year.

During El Niño, Legarda said, a leading concern is food security because prolonged drought would drastically cut down the production of local crops like rice, corn, sugar cane, vegetables, and other agricultural products.  She said it can also cause a decrease in fisheries yield.

She said the establishment of rainwater harvesting facilities in every barangay in the country could be an effective water conservation program.

“We are already experiencing hotter temperatures, but rain showers occur every now and then,” Legarda, chair of the Senate committee on climate change, said in a statement.

“A rainwater catchment system could avoid or decrease the volume of flood when it rains and the rainwater collected could be used during the dry season when there is water shortage. These catchment systems can be built using low-cost local materials,” she added.

Legarda said the creation of rainwater catchment basins has long been mandated under Republic Act No. 6716 that requires the construction of water wells, rainwater collectors, development of springs, and rehabilitation of existing water wells in all barangays in the country.

Communities, she said, should also practice water conservation measures by avoiding excessive water use and reusing water, like gathering and storing rainwater for daily chores, using water dipper instead of shower when taking a bath, turning off faucets properly, and immediately repairing leaking pipes and running toilets, among others.

Leagrda said the government, particularly the National Irrigation Administration (NIA), has announced that it has already adopted several measures to mitigate the impact of El Niño such as the Quick Turn Around Scheme, wherein the planting of 2015 first crop was done immediately after harvest of 2014 second crop; adaptation of water-saving technologies, water distribution rotation, and rainwater harvesting; and planting of early-maturing and drought-tolerant rice varieties. Maila Ager/JE